Bosch the go-to expert in a new area 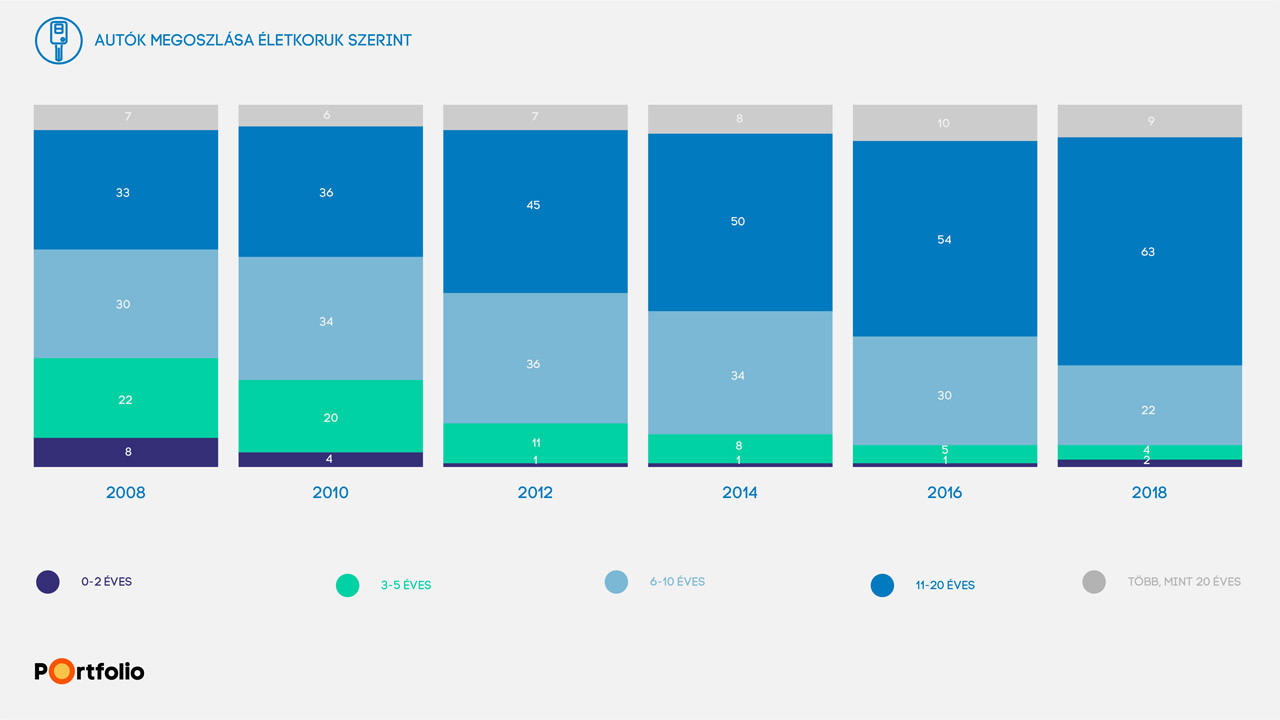 Commissioned by Robert Bosch Kft, the leading global supplier of technologies and services, Medián Public Opinion and Market Research Institute again produced a survey of cars owned by the Hungarians and their car use habits. The research fills major gaps in our understanding in this area. The surveys had been taken every two years since 2008 and the decade-long series of its results make it even more valuable. Thanks to the surveys, essential information on trends and tendencies emerged about cars and their maintenance habits in Hungary. A sample of 2400 people were questioned in the survey of 2018, which represents the Hungarian population. The sample was representative by sex, age, educational level and residence of the over-18 car-owning population. 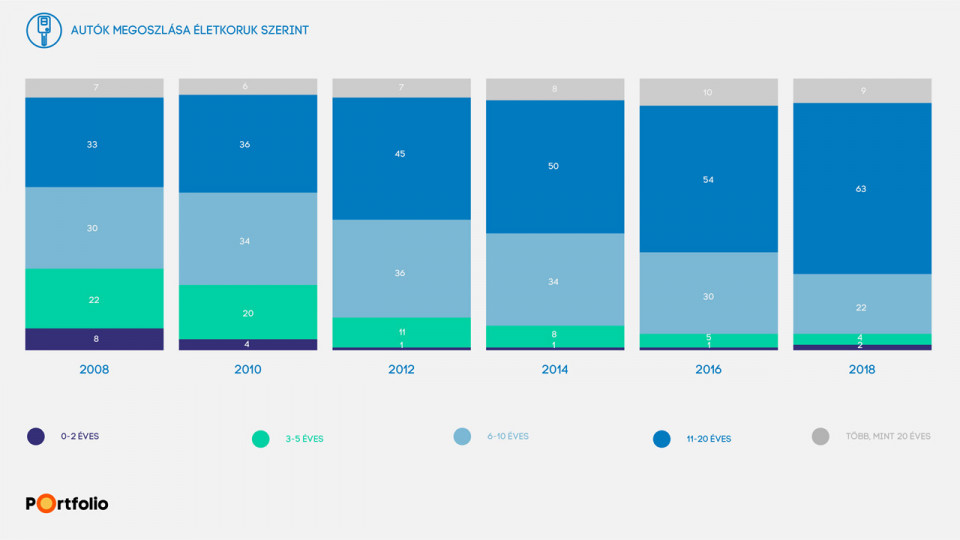 Bosch the go-to expert in a new area

Cars on Hungarian roads – older and more than ever
The number of cars on Hungarian roads has grown steadily over the last six years and stood at 3.58 million in the first half of 2018. Figures of new registrations (including imported used cars) give an idea of how fast car ownership is rising: 272,000 cars were registered last year, but there were 150,000 in the first six months of 2018 already. The survey finds that 46 per cent of Hungarian households have cars, most of them self-owned. Company cars make up only two or three per cent of the total.

The average age of cars in Hungary has been constantly rising for eleven years: this year, the research shows that it was 13.9 years in the first half of 2018, 0.7 years higher than two years ago.

The distribution of cars by age has been steadily deteriorating since the surveys started, mostly because of the sustained fall in new car purchases following the 2008 economic crisis. The process has slowed down in recent years, and after a low point in 2012, the new car market has been picking up since 2014. Last year, 116,265 new cars were registered in Hungary, 20.4 per cent more than the in 2016 (96,594) and 50.6% more than in 2015 (77,179). The average age of cars is the lowest in the highest-status groups – Budapest residents, high earners and graduates – but not under two figures in any of them.

Only Budapest residents and graduates spend less time in the car
The proportion of households with cars has not changed much since the surveys began, but reached its highest figure this year, at 46 per cent. In the highest-status groups – graduates (66 per cent) and the highest earners (50 per cent) – the number of car users is stably high. Between 2016 and 2018, the number of car users grew fastest among people aged 30–39 years and the lower-middle income group, the former from 51 to 63 per cent, the latter from 41 to 55 per cent.

Most cars are driven between 5,000 and 10,000 kilometres a year, and on average they have 17,000 kilometres on the clock, 800 more than two years ago. Car use grew in nearly every social group, most of all among young people, those with no more than eight years of education, graduates of secondary school, and villagers. Only Budapest residents and college/university graduates used their cars less than two years ago, and only slightly.

Bosch has been present in Hungary since 1898 with its products. The company is this year celebrating the 100th anniversary of the opening of its first Hungarian operation. After its re-establishment as a regional trading company in 1991, Bosch has grown into one of Hungary’s largest foreign industrial employers with currently nine Hungarian subsidiaries. In fiscal 2017 it had a total turnover of HUF 1304 billion and sales of the Bosch Group on the Hungarian market – not counting trade among its own companies – was HUF 244 billion. The Bosch Group in Hungary employs roughly 13,500 people (as per January 1, 2018). In addition to its manufacturing, commercial and development business, Bosch has a network of sales and service operations that covers the entire country.

The Bosch Group is a leading global supplier of technology and services. It employs roughly 402,000 associates worldwide (as of December 31, 2017). The company generated sales of 78.1 billion euros in 2017. Its operations are divided into four business sectors: Mobility Solutions, Industrial Technology, Consumer Goods, and Energy and Building Technology. As a leading IoT company, Bosch offers innovative solutions for smart homes, smart cities, connected mobility, and connected manufacturing. It uses its expertise in sensor technology, software, and services, as well as its own IoT cloud, to offer its customers connected, cross-domain solutions from a single source. The Bosch Group’s strategic objective is to deliver innovations for a connected life. Bosch improves quality of life worldwide with products and services that are innovative and spark enthusiasm. In short, Bosch creates technology that is “Invented for life.” The Bosch Group comprises Robert Bosch GmbH and its roughly 440 subsidiary and regional companies in 60 countries. Including sales and service partners, Bosch’s global manufacturing, engineering, and sales network covers nearly every country in the world. The basis for the company’s future growth is its innovative strength. At 125 locations across the globe, Bosch employs some 64,500 associates in research and development.