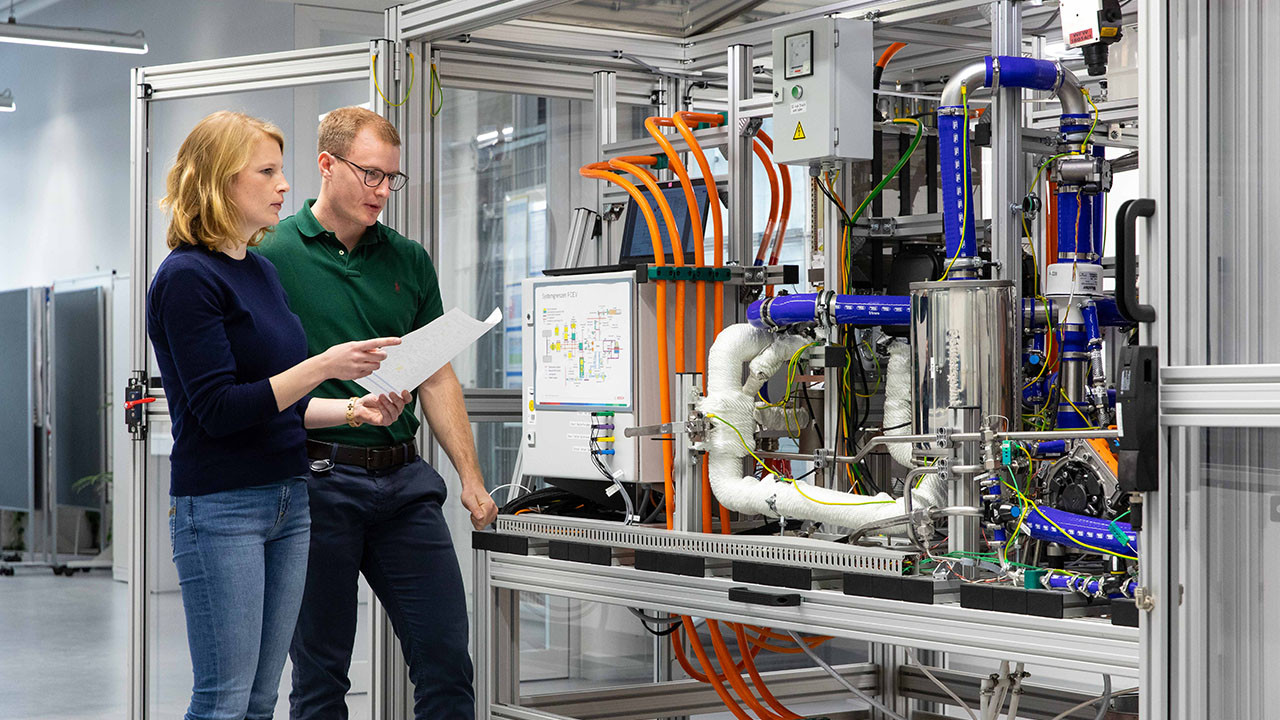 Stuttgart and Renningen, Germany – For the Bosch Group, the 2018 business year was a successful one. The company increased its sales revenue to a record 78.5 billion euros. Earnings before interest and taxes (EBIT) from operations reached 5.5 billion euros. In spite of heavy upfront investments in areas such as the electrification and automation of mobility, EBIT margin from operations improved again in 2018, rising from 6.8 percent in 2017 to 7.0 percent. Bosch increased its expenditure on research and development to 7.3 billion euros, or 9.3 percent of sales revenue. Capital expenditure rose by 14 percent to 4.9 billion euros, or 6.3 percent of sales revenue. Bosch created almost 8,000 new jobs worldwide in 2018, more than half of them in research and development. 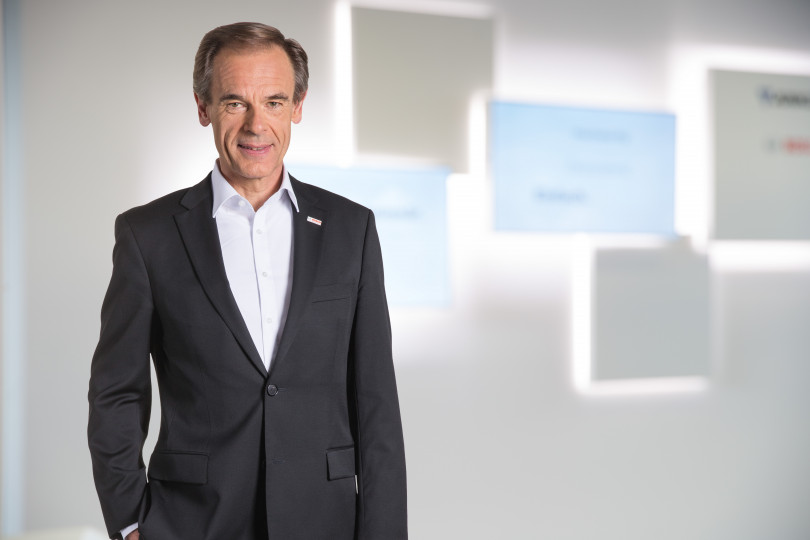 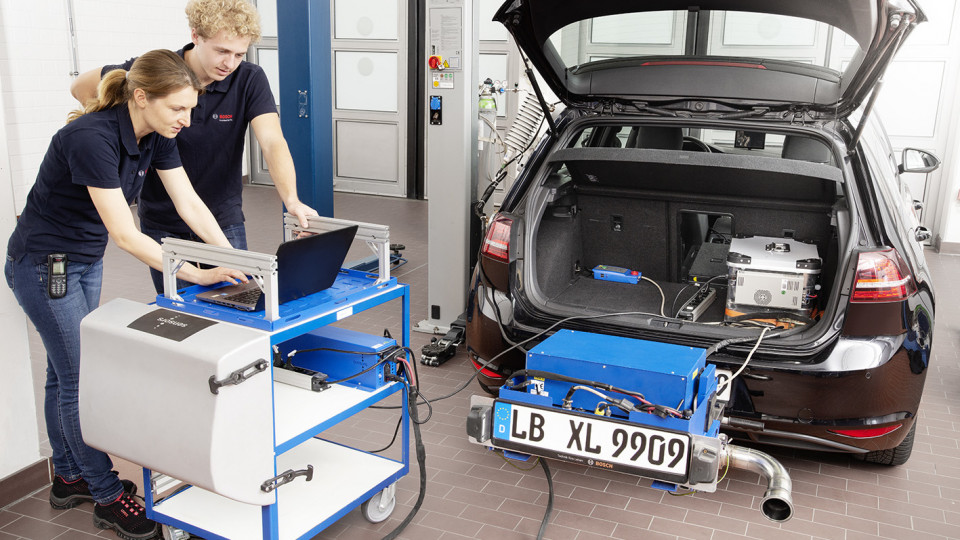 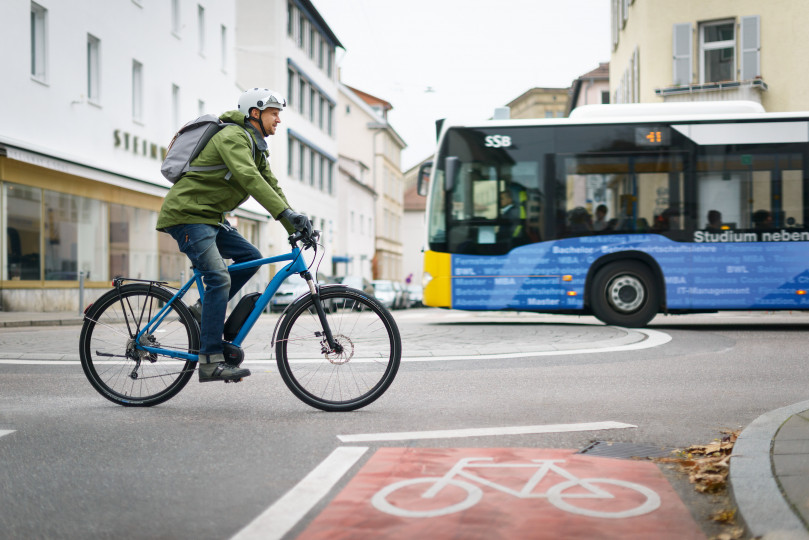 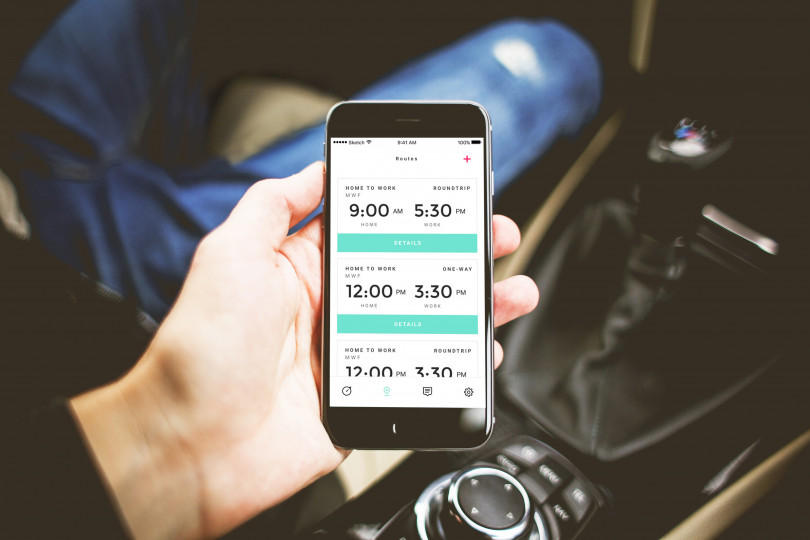 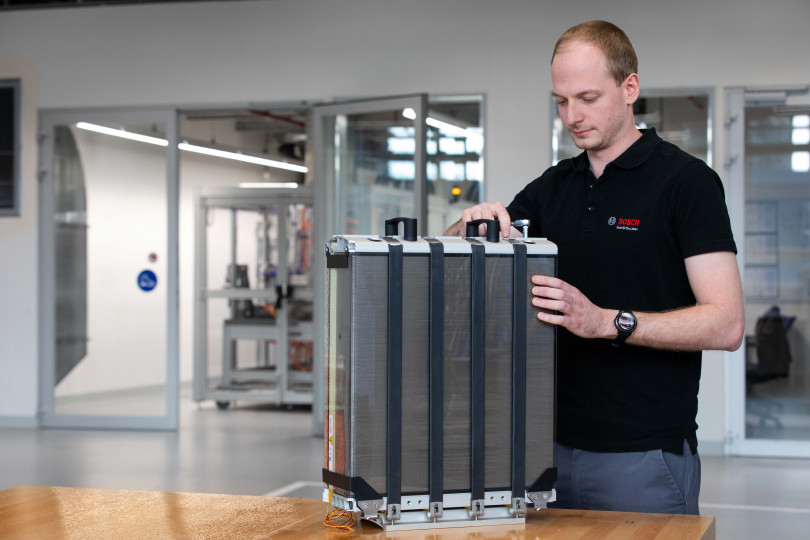 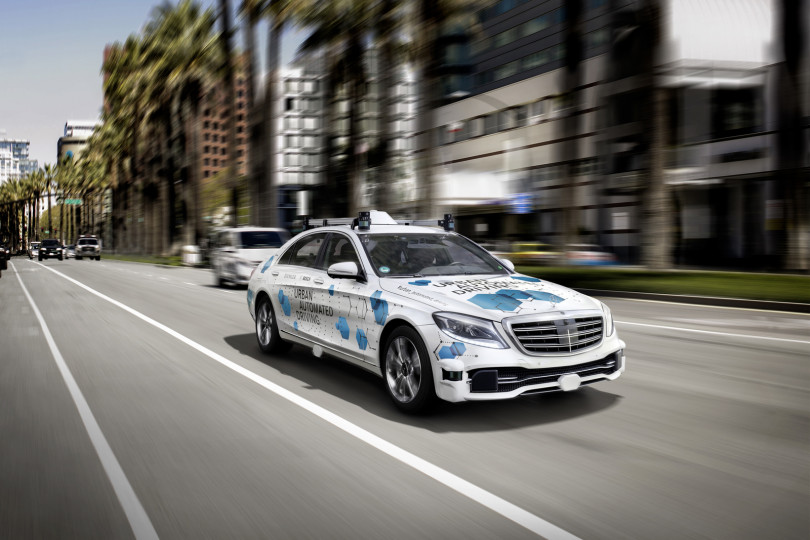 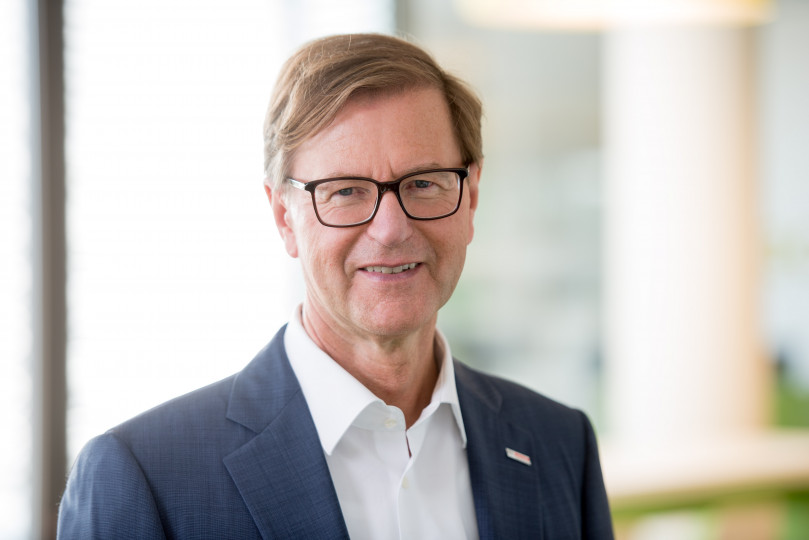 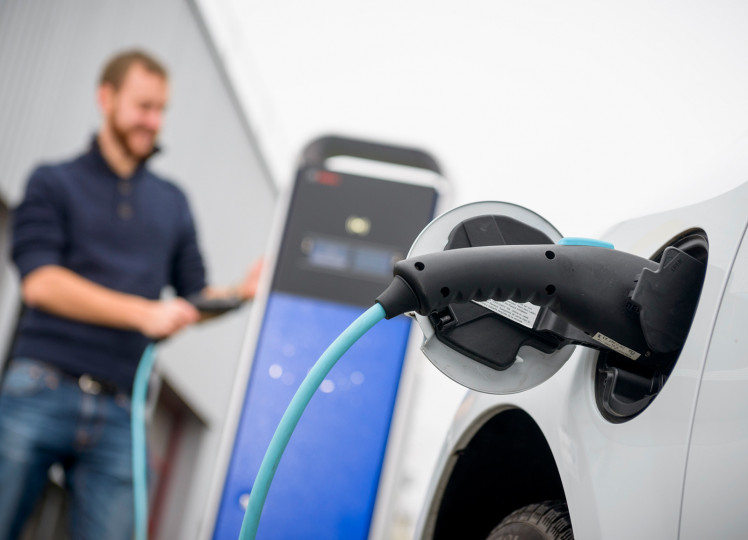 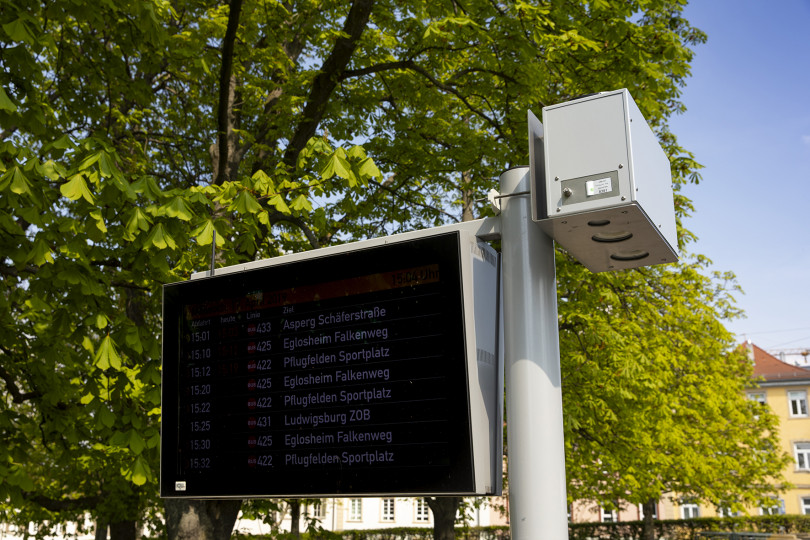 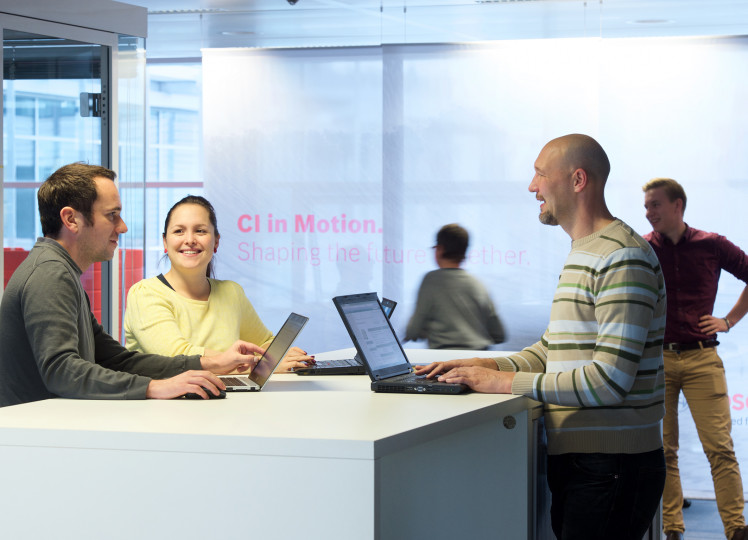 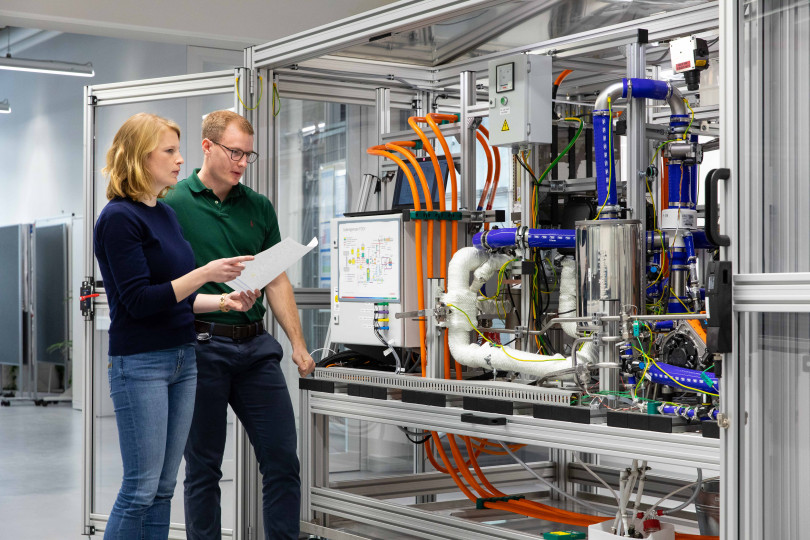 For the current year, Bosch expects economic developments to be subdued. The compa-ny forecasts that the global economy will grow by just 2.3 percent. Trade disputes, the high levels of debt in European countries, and the decrease in automotive production are among the factors putting a strain on the global economy. Despite the difficult environ-ment in industries and regions that are important for Bosch, the company expects its sales in 2019 to slightly exceed their 2018 levels. The first three months of the year saw sales nearly on a par with the previous year. Regardless of this short-term outlook, the Bosch Group is intensifying its efforts to combat climate change and improve air quality.

“Climate change is not science fiction; it’s really happening. If we are to take the Paris Agreement seriously, then climate action needs to be seen not just as a long-term aspi-ration. It needs to happen here and now,” said Dr. Volkmar Denner, chairman of the board of management of Robert Bosch GmbH, at the company’s annual press confer-ence. “We also take people’s concerns about clean air quality in cities very seriously. As an innovation leader, we want to deliver technological solutions to ecological problems.” Moreover, Denner noted, “Driving bans, diesel protests, yellow vests, and Friday climate strikes – all this shows that companies need to take climate action and offer new solu-tions for urban air quality, not least to stabilize the social climate.”

Bosch to be first carbon-neutral industrial enterprise from 2020
According to the International Energy Agency (IEA), manufacturing is responsible for al-most one-third of global carbon dioxide emissions. This is reason enough for Bosch to in-tensify its already successful efforts to reduce its CO2 output. “We will be the first major industrial enterprise to achieve the ambitious goal of carbon neutrality in a little over a year. From 2020, Bosch will have a net-zero carbon footprint,” Denner announced. “All 400 Bosch locations across the globe will be carbon neutral from 2020.” To achieve this, the company will be using four major levers. Bosch will increase energy efficiency, in-crease the proportion of renewables in its energy supply, buy in more green power, and offset unavoidable carbon emissions. This will avoid 3.3 million tons of CO2 emissions by 2020.

Better air quality: near-zero pollution
According to the World Health Organization (WHO), around 90 percent of the world’s population breathe toxic air. Bosch is pursuing an ambitious goal to remedy this: “We want to reduce air pollution from traffic to virtually zero. To do this, we’re looking beyond the car’s hood,” Denner said. The company’s project to reduce the concentration of air pollutants to near-zero levels is built on three pillars: Bosch is developing low-pollutant powertrain technologies, working with municipal governments on projects to maintain steady traffic flows, and is running a company mobility management system at its own locations.

Optimizing internal-combustion engines – using artificial intelligence
The company forecasts that roughly 75 percent of all new cars and light commercial vehi-cles will still be powered by an internal-combustion engine in 2030. In view of this, Bosch is continuing to invest considerable sums in optimizing gasoline and diesel engines. The company is also using artificial intelligence to further develop internal-combustion en-gines. As an example, Bosch is using AI to predictively control exhaust-gas treatment ac-cording to patterns drawn from individuals’ driving behavior, as this can further reduce vehicles’ emissions. Some 3,500 associates in the company’s exhaust-gas treatment and exhaust sensors units generated sales of 2.3 billion euros in 2018. This figure is set to reach 3 billion euros by 2025.

20 percent lower pollutant emissions
Bosch is currently in discussions with almost 100 municipal governments around Europe on what specific steps to take to improve air quality. In Stuttgart, Paris, and Marseille, Bosch is currently testing a mobile analyzer unit. These newly developed units continu-ously measure the level of contaminants in the ambient air. Together with simulations, these readings are set to deliver further insights into the relationship between vehicle emissions and environmental pollution. One project with the city of Stuttgart has shown that smooth traffic flows can reduce pollutant emissions from the existing fleet by up to 20 percent. In the future, it will be possible to create high-resolution pollutant concentra-tion maps with the data from the analyzer units. These maps can then be used to opti-mize traffic management.

Company mobility management: better air quality in conurbations
The third pillar of the project is company mobility management. Its goal is to reduce the traffic, and thus the emissions, for which Bosch associates themselves are responsible, particularly in conurbations. The measures taken range from shuttle buses in large cities in Brazil, China, and Turkey, to telecommuting agreements and the leasing of bicycles and pedelecs. In addition, Bosch is harnessing the power of connectivity. For some weeks now, for example, the roughly 8,000 associates at the Reutlingen location have been able to use the SPLT ridesharing platform, whose app makes it easier for associates to form carpools. In the Stuttgart metropolitan area, where some 55,000 Bosch associates travel a combined distance of 1.5 million kilometers every day, the company is also a member of the Clean Air Alliance.

Electromobility: 14 million vehicles by end of 2022
Bosch also expects electric vehicles to play a major part in improving air quality in cities. In the emerging mass market for electromobility, Bosch is striving to become market leader. By 2025, the company aims to generate 5 billion euros in sales with electromobili-ty, ten times the figure for 2018. “In the growing competition for value creation in the powertrain technology domain, we see good opportunities ahead. Our systems know-how, our broad product portfolio, and economies of scale in manufacturing make us the partner of choice for vehicle manufacturers and mobility providers worldwide,” Denner said. Bosch powertrain components already feature in over a million electric cars around the world. By the end of 2022, this number is set to rise to 14 million. To date, the com-pany has carried out powertrain projects for 50 electric vehicle platforms. Last year alone saw 30 newly acquired projects. “We also want to help fuel-cell technology make a breakthrough,” Denner said. To this end, Bosch recently announced an alliance with Powercell, a Swedish manufacturer of fuel-cell stacks. Such stacks make up two-thirds of the value of a fuel cell system. “Together with Powercell, we want to commercialize stacks and launch them by 2022 at the latest,” Denner said.

Automated driving: lower consumption and emissions
Automated driving will also play a part in improving air quality. According to the research firm KE Consult, automated driving can reduce fuel consumption by over 30 percent, and by 15 percent on German freeways. More than 5,000 Bosch engineers are now working on automated driving, almost twice as many as two years ago. As Denner noted: “By 2022, we plan to have invested around 4 billion euros in automation and thus in sustaina-ble mobility.” Driver assistance systems are contributing to growth on the path to auto-mated driving. From current levels of around 2 billion euros, revenue is expected to in-crease by almost 15 percent this year. Sales of radar sensors are expected to grow by 20 percent, and sales of video sensors by 30 percent. Denner: “Automated driving is not just an area of future promise, it’s already a growth area for us today.”

Business year 2018: sales and earnings at record levels
“2018 was a successful business year for the Bosch Group,” said Prof. Stefan Asenkerschbaumer, CFO and deputy chairman of the Bosch board of management. As in 2017, sales and result again reached a high level. Sales revenue totaled 78.5 billion euros – a figure that was dented by substantial exchange-rate effects of 2.1 billion euros. After adjusting for exchange-rate effects and ignoring consolidation effects, sales grew by 5 percent. Nominally, they grew by 2.2 percent. Earnings before interest and taxes (EBIT) from operations totaled 5.5 billion euros, up from 5.3 billion euros the previous year. In spite of heavy upfront investments in promising areas, the EBIT margin from operations increased from 6.8 percent in 2017 to 7.0 percent. “Despite the economic challenges, in 2019 we will continue to invest large amounts in developing new technologies and areas of business in order to secure the company’s future viability,” Asenkerschbaumer said. “Equally, our commitment to reducing carbon emissions and climate action is not guided by short-term financial considerations, but takes a much longer-term view.”

Headcount development: career opportunities for specialists and executives
As of December 31, 2018, the Bosch Group employed some 410,000 associates worldwide. That is around 7,700 more people than in the previous year. The largest increases in headcount took place in Europe and Asia Pacific. In Germany, the number of associates increased by around 1,700. Bosch now employs just under 70,000 associates in research and development, some 4,000 more than in the previous year. 27,000 associates are software and IT experts. This number is due to increase further. “Over the next five years, Bosch plans to hire almost 25,000 new IT and software experts worldwide,” Denner said.

The Bosch Group is a leading global supplier of technology and services. It employs roughly 410,000 associates worldwide (as of December 31, 2018). The company generated sales of 78.5 billion euros in 2018. Its operations are divided into four business sectors: Mobility Solutions, Industrial Technology, Consumer Goods, and Energy and Building Technology. As a leading IoT company, Bosch offers innova-tive solutions for smart homes, smart cities, connected mobility, and connected manufacturing. It uses its expertise in sensor technology, software, and services, as well as its own IoT cloud, to offer its cus-tomers connected, cross-domain solutions from a single source. The Bosch Group’s strategic objective is to deliver innovations for a connected life. Bosch improves quality of life worldwide with products and services that are innovative and spark enthusiasm. In short, Bosch creates technology that is “In-vented for life.” The Bosch Group comprises Robert Bosch GmbH and its roughly 460 subsidiary and regional companies in over 60 countries. Including sales and service partners, Bosch’s global manufac-turing, engineering, and sales network covers nearly every country in the world. The basis for the com-pany’s future growth is its innovative strength. At nearly 130 locations across the globe, Bosch em-ploys some 68,700 associates in research and development.