Company enters the elite club of employment in Hungary 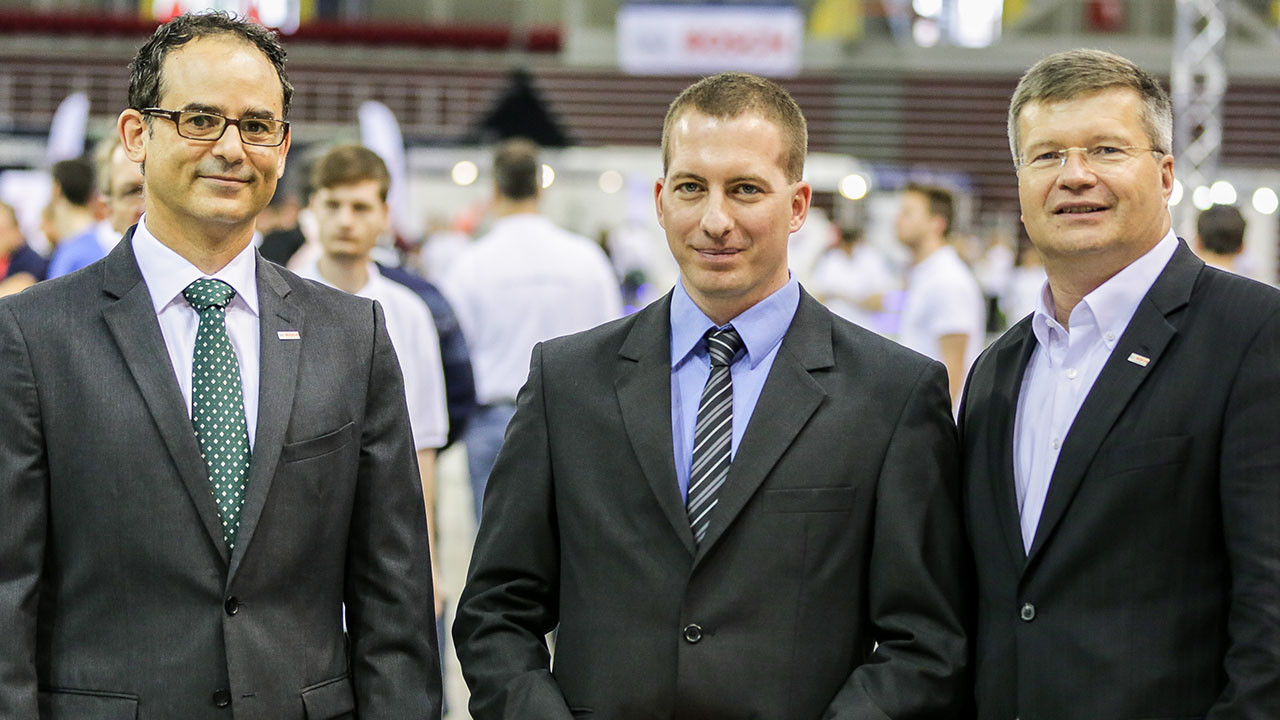 Budapest – the Bosch Group in Hungary celebrated a double milestone at the Go-kart, Go-Bosch! competition, held on 18 April. Klaus Peter Fouquet, President of Robert Bosch AG, responsible for the central and eastern European region and Javier González Pareja, Representative of the Bosch Group in Hungary welcomed the group’s 10,000th employee, and Oliver Schatz, Senior Vice President Technical of Robert Bosch Kft. welcomed the 1200th development engineer to join the Engineering Center Budapest. The Bosch Group has thus made its way into the elite club of Hungary’s largest employers. 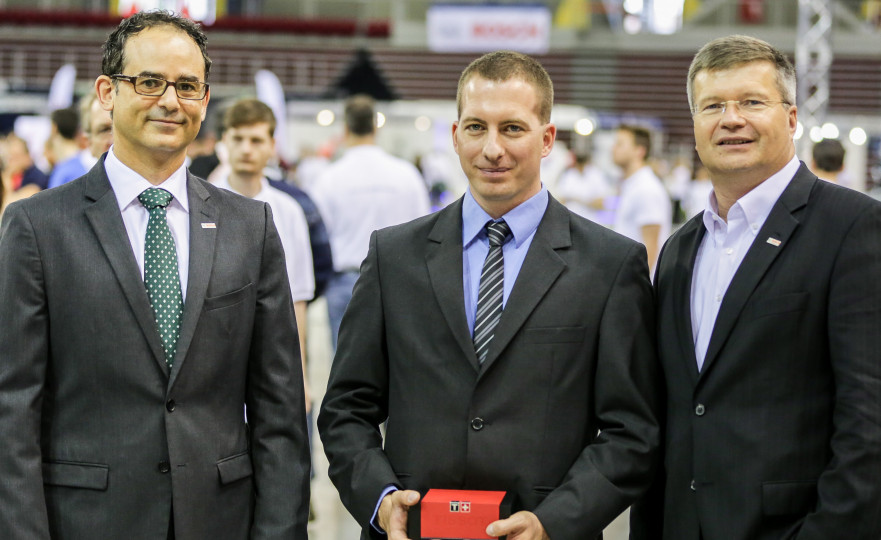 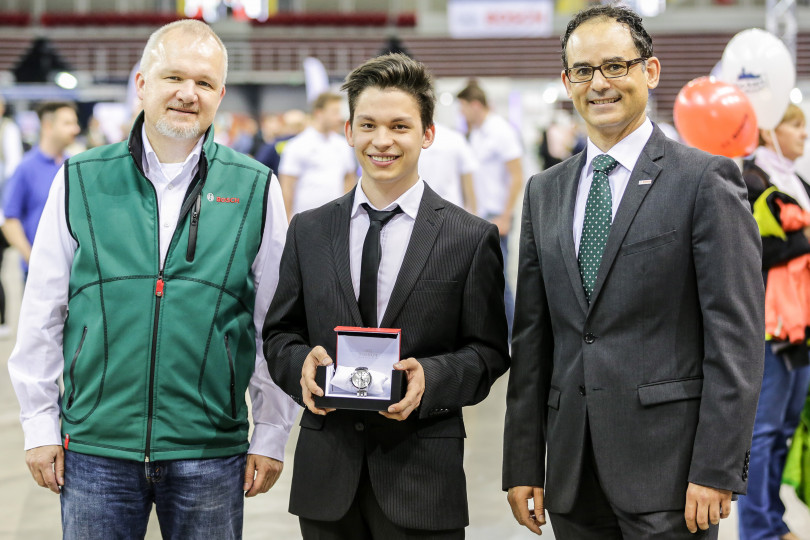 The company’s 10,000th employmee started work at the beginning of the month. Bence Ágos is 22 years old and a graduate of the Andrássy Gyula School in Miskolc. He worked on several summer placements at Bosch. The young technician has been working as a Bosch PUQ (Quality Control for Purchasing) technician in the Miskolc power tool plant, and he intends to continue his studies in the Department of Mechatronics in Miskolc University.

As he welcomed the new recruits, Javier González Pareja said, “The Bosch Group stands out in terms of number of workers: the company plans in the long term in Hungary, and its activities greatly contribute to keeping the Hungarian economy in constant motion.” The Representative of the Bosch Group in Hungary said that there was great pride in the company deriving from the constant development in which more than ten thousand workers – and thus ten thousand Hungarian families – are taking part. “Bosch is not an entity in itself. It could not attain its successes and results without excellent, highly able and active associates,” said González.

Representing the most advanced technology and working environment is the Engineering Center Budapest, the workplace of the group’s 1200th engineer. Attila Both, 35, has multiple degrees and several years’ experience as a software engineer with MBA diploma. He is continuing his career as a software project manager in the department of the Budapest development center that is working on driver support systems.

Demand for technically qualified workers
The trends shown up in the Macro Talent research recently published by HVG and Aon Hewitt predict that the importance of the engagement groups in the field of engineering positions will rise steadily up to the end of 2017. Oliver Schatz, Senior Vice President Technical of Robert Bosch Kft., said that they were particularly proud of the arrival of the 1200th engineer because it is a symbol of the group’s knowledge-based, development-oriented activity. “More than 80% of the continuosly growing jobs created in the Engineering Center Budapest demand higher educational qualifications, which means that we are primarily building on the high level of professional competence and creative abilities of our new colleagues” said Schatz.

The Bosch Group is a leading global supplier of technology and services. According to preliminary figures, its roughly 360,000 associates worldwide (as per April 1, 2015) generated sales of 48.9 billion euros in 2014.* The company’s operations are divided into four business sectors: Mobility Solutions, Industrial Technology, Consumer Goods, and Energy and Building Technology. The Bosch Group comprises Robert Bosch GmbH and its roughly 440 subsidiary and regional companies in some 60 countries. Including its sales and service partners, Bosch is represented in roughly 150 countries. This worldwide development, manufacturing, and sales network is the foundation for further growth. In 2014, Bosch applied for some 4,600 patents worldwide. The Bosch Group’s strategic objective is to create solutions for a connected life. Bosch improves quality of life worldwide with products and services that are innovative and spark enthusiasm. In short, Bosch creates technology that is “Invented for life.”

Annual financial results 2020 2020 financial statements: business year better than expected Bosch chosen as one of the most attractive employers again this year Electrical engineering studies in Kaposvár from September 2020