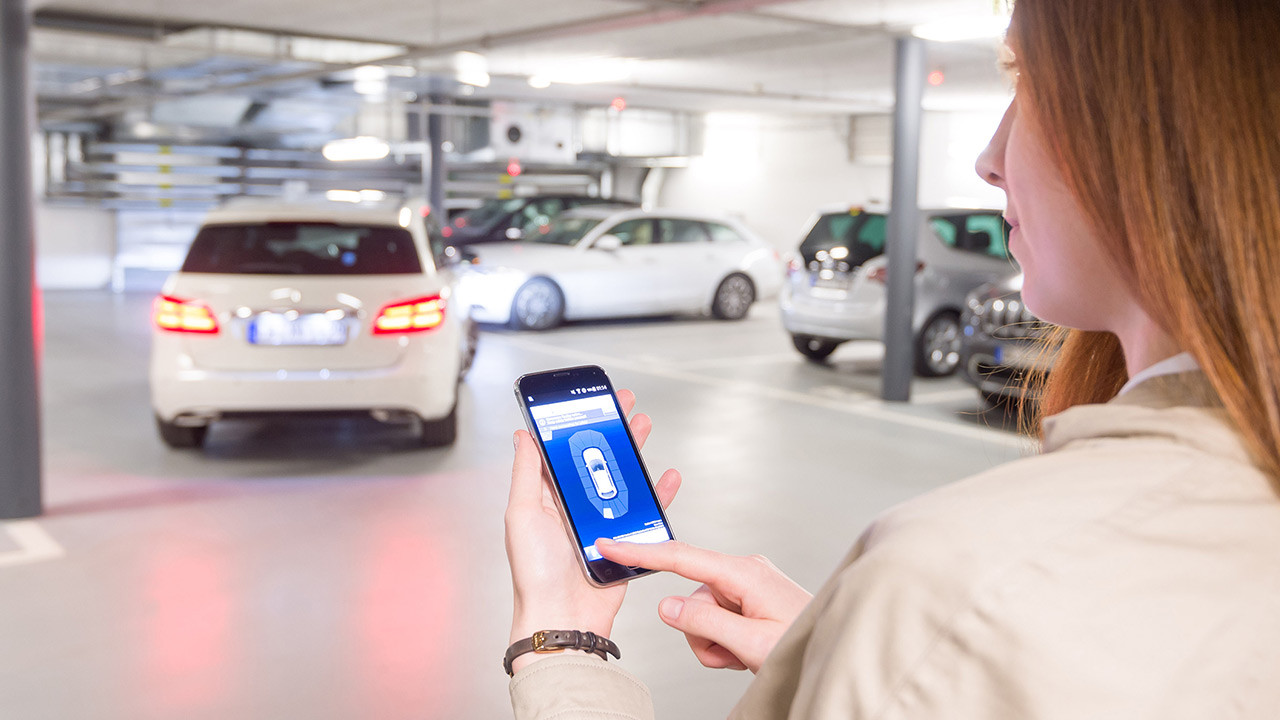 Stuttgart – Parking a vehicle can sometimes turn into a real drama. More and more often, a driver’s attempt to squeeze a car into a parking space ends with dents and scratches. Over the past ten years, the number of parking and maneuvering accidents has increased by more than 30 percent. This type of incident now accounts for some 40 percent of all car accidents with material damage, according to a study conducted in 2015 by the Allianz insurance company. One of the main causes is vehicles with poor visibility. “When people can’t handle the parking themselves, that’s when our technology steps in,” says Dr. Dirk Hoheisel, member of the board of management of Robert Bosch GmbH. For example, the automated park assist can maneuver a car into a parking space at the touch of a button – and without causing an accident. The driver can control the process conveniently by smartphone, even from outside the vehicle. Bosch takes it a step further with Home Zone park assist, which is expected to be production-ready in 2019. This assistant can guide the car, completely autonomously if needed, to parking spaces up to 100 meters away, where it then maneuvers the car into the space. 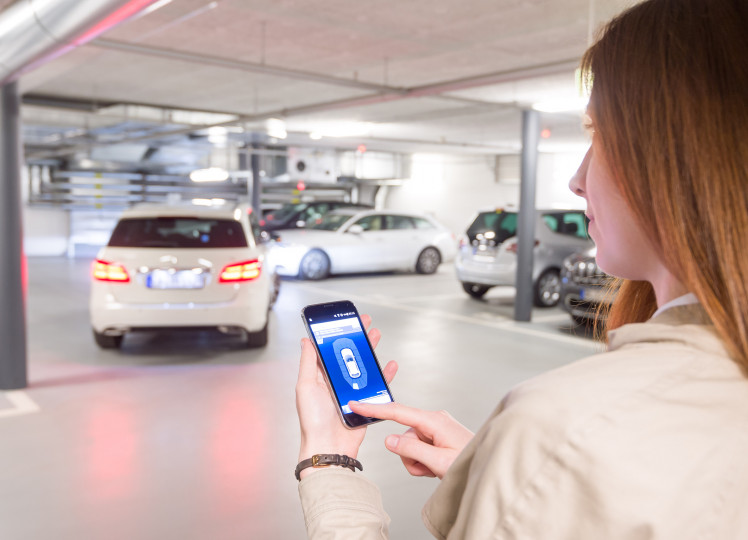 Drivers can train Bosch’s Home Zone park assist themselves
Home Zone park assist is a partially automated function that still requires some monitoring by the driver. It was designed for recurring parking maneuvers – for example, at home or into an assigned parking garage space. The special thing about this technology is that Home Zone park assist learns and saves individual driving maneuvers. Once it does so, it can perform them independently; all the driver has to do is press a button. Even better, the Bosch system has to be instructed only once. Here’s how it works: the driver activates the assistant’s learning function when the car is in the desired starting position. Then, they drive the car slowly (walking pace) to a parking space no more than 100 meters away in a dummy run. The system saves the starting position, destination, and the route driven between them. From now on, Home Zone park assist can take over parking the car from the defined starting position. Drivers can choose to remain inside the car or to control the process from outside, either using a dead man’s switch on the ignition key or via smartphone. The Bosch system is capable of learning and retrieving up to ten different driving maneuvers for repeated parking situations.

Assistant independently detours around static obstacles
Various Bosch sensors go into realizing Home Zone park assist. The solution draws on, for example, a total of twelve ultrasonic sensors installed in the front and rear bumpers plus a stereo video camera mounted near the rear-view mirror. Instead of the stereo video camera, the solution could also use four radar sensors, one on each corner of the vehicle. Home Zone park assist uses the sensors for orienting itself for the drive to and into the parking space. It can also recall any objects noted during the dummy run, such as posts or trees. The system is constantly comparing the position of the car with the stored position of objects in the vehicle’s surroundings. If the sensors detect an unknown static obstacle such as a garbage can left in the car’s path, the car automatically stops dead. If the obstacle can be avoided by deviating slightly from the preset route, the car will steer independently around it.

“Cars with Bosch technology are better at parking than most people”
While parking, the Bosch system also automatically corrects for inaccuracies. Even if the driver has not left the car precisely at the saved starting position before activating Home Zone park assist, that is no problem for the system. It is also not a problem if the driver parked the car incorrectly at the end of the dummy run. The reason is that the assistant can correct for deviations of up to two meters when planning its route. “Bosch technology is better at parking than most people,” says Hoheisel. And that’s not all: Home Zone park assist is also capable of pulling out of a parking space. At the mere touch of a button on a smartphone or ignition key, the system brings the car automatically to the defined starting position, so that the driver can simply step in and drive off. This saves the driver from having to squeeze in or out of the vehicle when it is parked in a tight space.