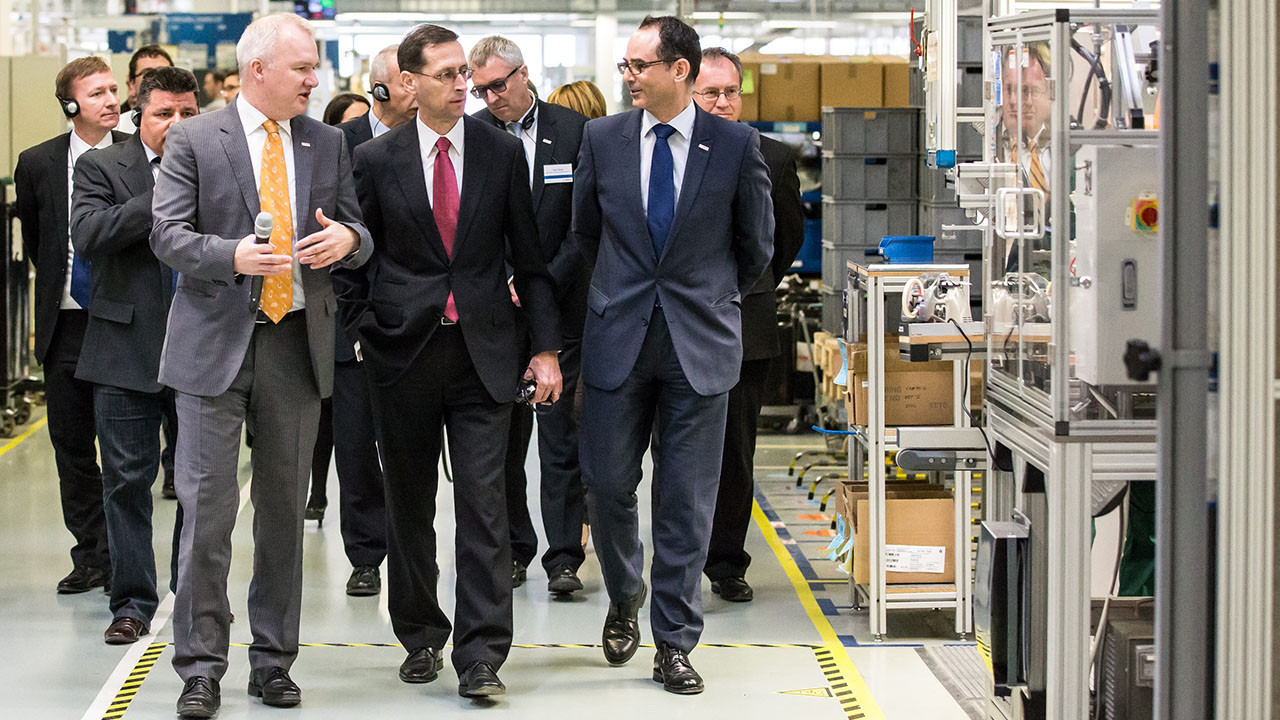 Miskolc – Bosch, a leading provider of technologies and services, showcased the outcome of its recent three years’ investments into the plant for power tools in Miskolc during a visit of Mihály Varga, Minister for National Economy. At this occasion, the company announced a new large-scale investment aimed at the development of new electric power tools. The investments in the development projects in the Miskolc plant add up to nearly 3,9 billion forints since 2012. 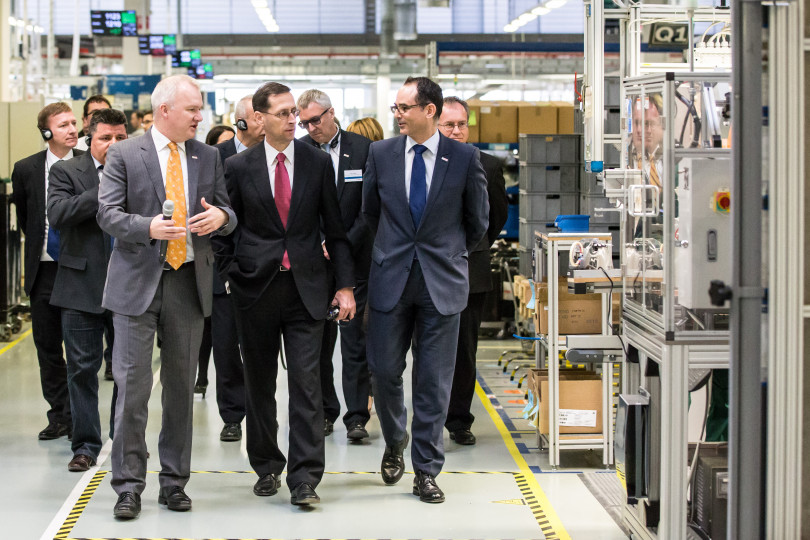 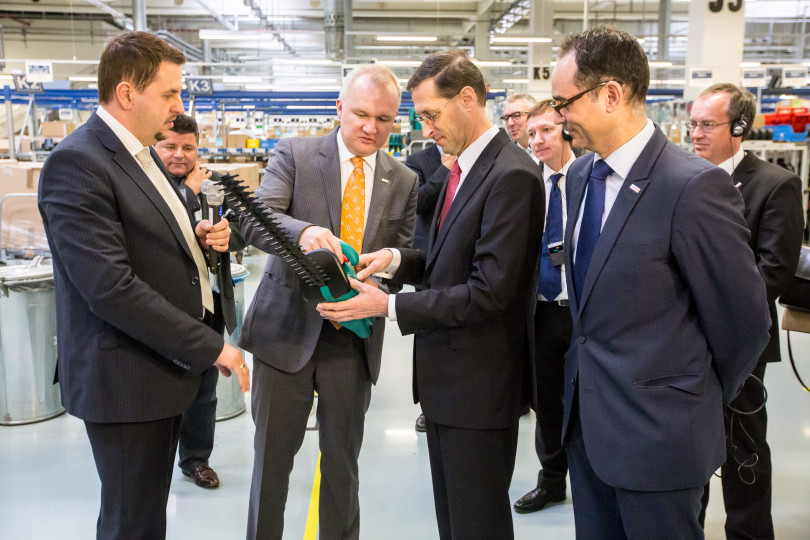 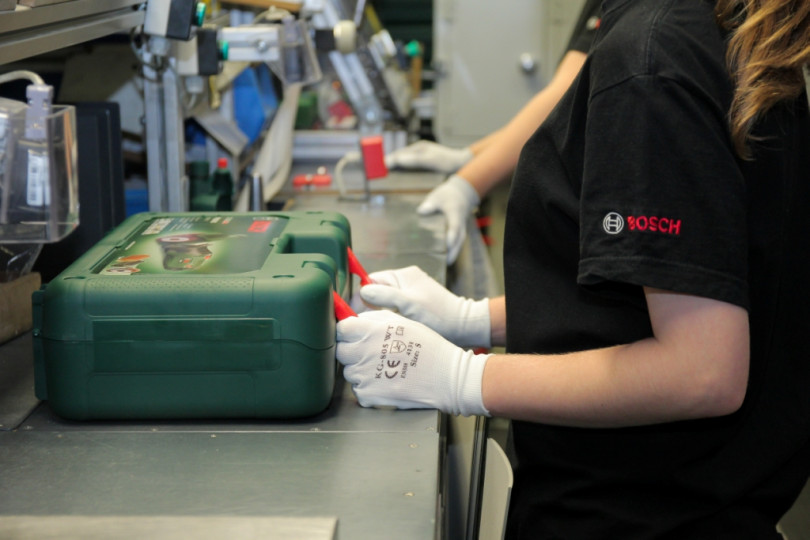 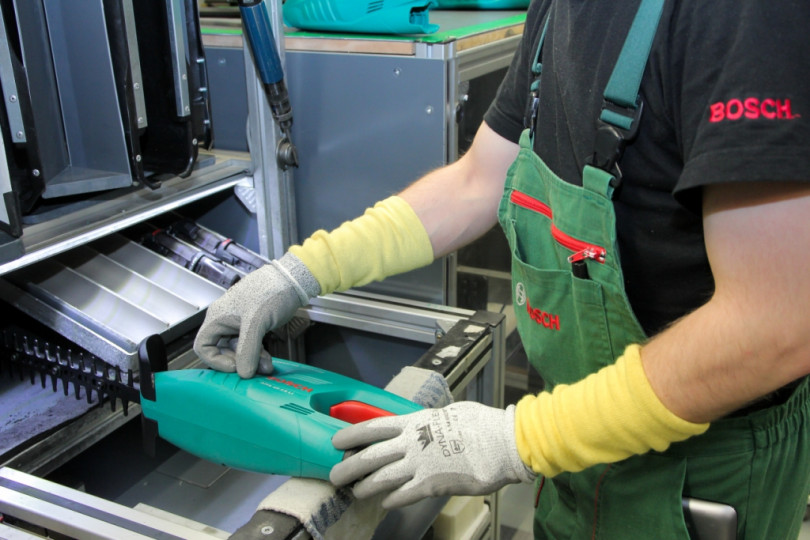 “In addition to its prominent position in the mobility solutions field, the Bosch Group in Hungary is responsible for many of the hand-held power tools that have become worldwide successes” said Javier González Pareja, Representative of the Bosch Group in Hungary, in his welcoming address. “One of these is the Uneo, the pneumatics rotary hammer, the winner of the Hungarian Innovation Grand Prix in 2009, and another is the popular cordless screwdriver, the Ixo, one of the company’s big successes. These products owe their existence to the development team of 125 associates that have made the name of Miskolc renowned in the world power tool market. It is a story which began only recently, and the developments are ongoing” he added.

Innovative power tools developed in Hungary
Between 2012 and 2014 the power tool plant in Miskolc has spent more than 1,6 billion forints on capital projects of garden tools and DIY with nearly half billion forints, bigger part in support of the European Union and with more than 70 million forints of the Hungarian Government. The aim of the several-year development project was to create new-generation series of lawnmowers, grass trimmers, shrub shears and hedge-cutters, and cordless screwdrivers, hammer drills and angle grinders for the retail market, environment friendly tools that will satisfy user needs.

The projects involved the purchase of manufacturing tools, production machinery and the engineering equipment needed for development. After the development stage, the new-generation products go into production in the Bosch Group’s facility in Miskolc, contributing to the long-term sustainability of the operation.

Long-term confidence into the Hungarian market
The dynamic growth of the power tool plant has paved the way for a 2,2 billion forints development program with 1 billion forints in support of the European Union and with 150 million forints in support of the Hungarian Government, as part of a newly-launched innovation program. The project is aimed at developing more product ranges, such as a paint-spray range, batteries for high-capacity power tools, and also a dedicated measurement lab is part of the project.

“What has enabled the continuous expansion of capacity and workforce, in addition to the success of our innovative products, is the results that the Miskolc Plant has achieved in the past. I am very proud of my colleagues, without whom the results could not have been achieved,” said Ansgar Lengeling, general manager of Robert Bosch Power Tool Kft., Vice President of Home & Garden division.

The key factor in the plant’s success is its strong and fast-paced development capabilities. The plant’s manufacturing units produce nine million tools a year. Since November 2014 production of electric woodworking machinery started, by the end of 2016 some 350 associates will work in the woodworking segment in Miskolc.

The Bosch Group is a leading global supplier of technology and services. According to preliminary figures, its roughly 290,000 associates generated sales of 48.9 billion euros in 2014. Its operations are divided into four business sectors: Mobility Solutions, Industrial Technology, Consumer Goods, and Energy and Building Technology. The Bosch Group comprises Robert Bosch GmbH and its more than 360 subsidiaries and regional companies in some 50 countries. If its sales and service partners are included, then Bosch is represented in roughly 150 countries. This worldwide development, manufacturing, and sales network is the foundation for further growth. In 2014, Bosch applied for some 4,600 patents worldwide. The Bosch Group’s strategic goal is to deliver innovations for connected life. Bosch improves quality of life worldwide with products and services that are innovative and spark enthusiasm. In short, Bosch creates technology that is “Invented for life.”