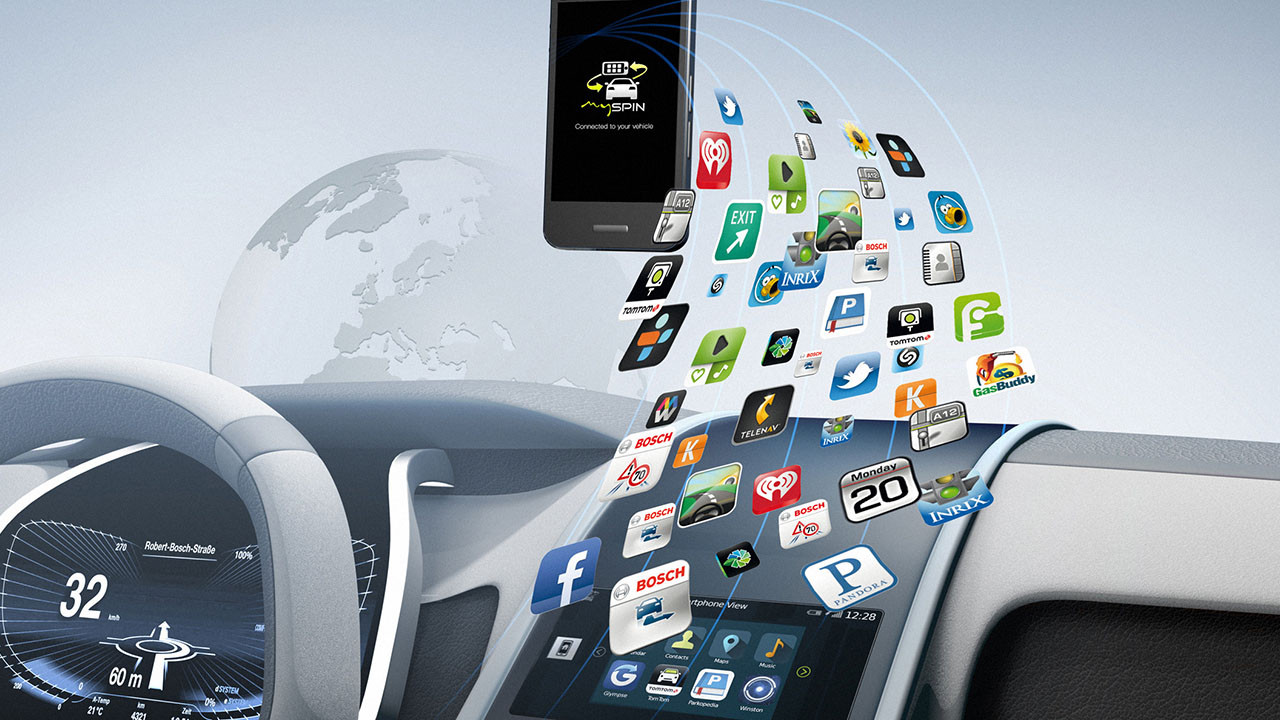 Use the navigation, streaming services, or the calendar on your smartphone even while driving your car? The smartphone integration solution mySPIN from Bosch makes this possible – and it is legal and user friendly. The Bosch technology, which has been used by Jaguar Land Rover throughout the entire fleet since 2014, connects the cellphone with the car, regardless of whether the device uses iOS or Android. With mySPIN, apps selected and modified by Bosch can be operated via the touch screen in the center console without picking up your smartphone. Bosch has now taken a giant step in China toward the further dissemination of this OEM solution. For one, the vehicle manufacturers JAC and Changan Ford will be offering the integration solution in their models; for another, Bosch has signed a cooperation agreement with the Chinese technology corporation Tencent. The number of apps enhanced to include mySPIN functions has been rising steadily since 2013 and is currently just short of 50 – three times as many as available for comparable systems. Special focus is on navigation and media applications, such as TomTom, Parkopedia, hotelseeker, and Audials. 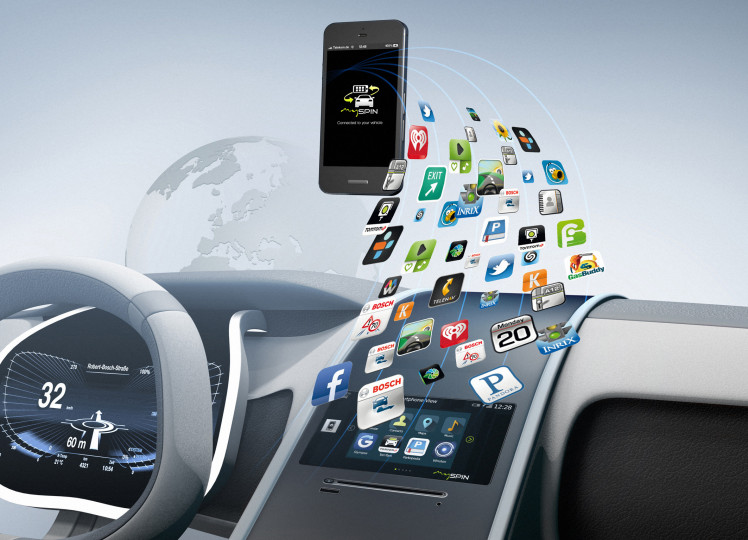 Strong expansion in China
Bosch’s cooperation partner Tencent is one of China’s three largest Internet companies. Its services such as “QQ Music” or the mobile communication app “WeChat” reach more than 500 million users. Tencent is planning to optimize an app for mySPIN that will make a selection of its communication services available while driving. These new services will not only expand the portfolio of mySPIN applications, but will also add to the growing number of adaptations for the regional market. In a similar vein, the Chinese vehicle manufacturer JAC will begin offering mySPIN in its new models from 2016, giving its customers the opportunity to access a broad range of useful applications while driving their cars. The manufacturer Changan Ford will follow in 2017.

Innovative pathways to new apps
When selecting applications for mySPIN, Bosch does not limit its cooperation to well-known providers such as TomTom, but explores other paths as well: the development of its own apps, like Drivelog, or collaborations with startups, such as Familo. This app, for instance, is the winner of a hackathon organized by Bosch. Hackathons are events bringing together programmers, software developers, designers, and project managers for a brief period of time so that they can collaborate intensively on the joint development of a software program. By taking a number of approaches, Bosch ensures that popular apps are available and that innovative new providers also have the opportunity to reach customers in their cars.

Making vehicle data usable
Thanks to the unique structure of mySPIN, carmakers retain at all times full control over the selection of the apps that their customers can use and how the user interface is designed – and what happens with the available information. “This is also an advantage for drivers because they have a trusted partner in their carmaker,” says Torsten Mlasko, managing director of Bosch SoftTec GmbH. In the future, automobile manufacturers will also use the mySPIN interface to make vehicle data available to the apps. Data such as tire pressure or fuel level can then be used in the apps. A filling station offering low prices, for instance, will be suggested only if the fuel gauge has reached the reserve level.

All of the apps approved for mySPIN have been specifically designed for use while driving so that there is as little distraction as possible – assuring greater safety. The technical hurdles for applications in this instance are low. A software development kit is provided to app developers. Carmakers can each decide what apps will be available for use in specific vehicles and define them on a so-called white list, which can be flexibly updated and expanded. In addition to the integration of iOS and Android smartphones, a solution for Windows phones has already been realized as a prototype and can be provided to vehicle manufac-turers upon request.

Mobility Solutions is the largest Bosch Group business sector. According to preliminary figures, its 2014 sales came to 33.3 billion euros, or 68 percent of total group sales. This makes the Bosch Group one of the leading automotive suppliers. Mobility Solutions largely operates in the following areas: injection technology for internal-combustion engines, alternative powertrain concepts, efficient and networked powertrain peripherals, systems for active and passive driving safety, assistance and comfort functions, technology for user-friendly infotainment as well as car-to-car and Car2X communication, and concepts, technology, and service for the automotive aftermarket. Bosch has been responsible for important automotive innovations, such as electronic engine management, the ESP anti-skid system, and common-rail diesel technology.