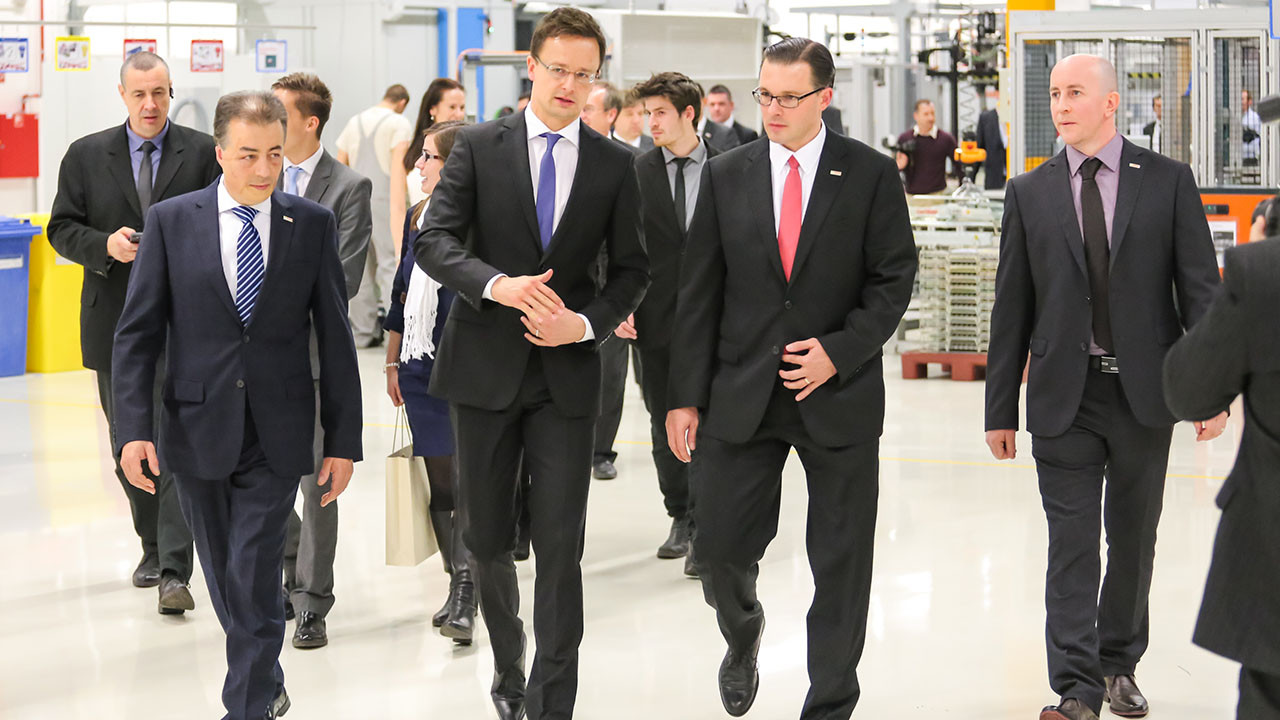 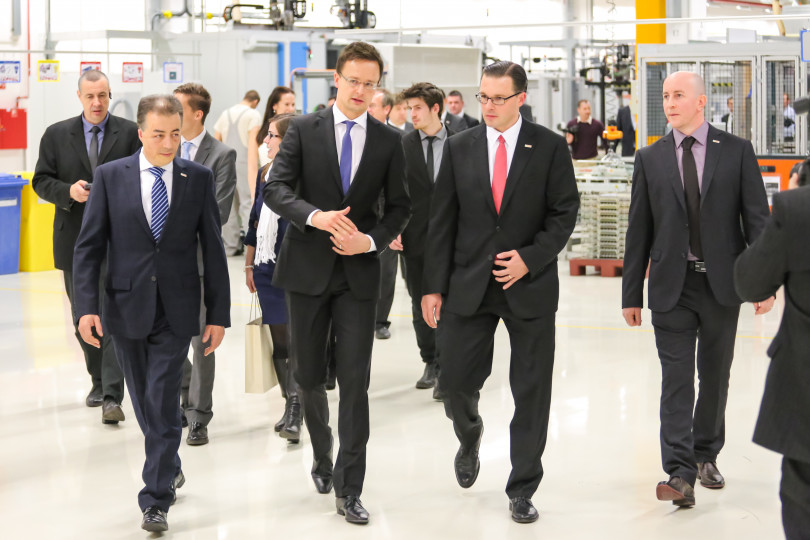 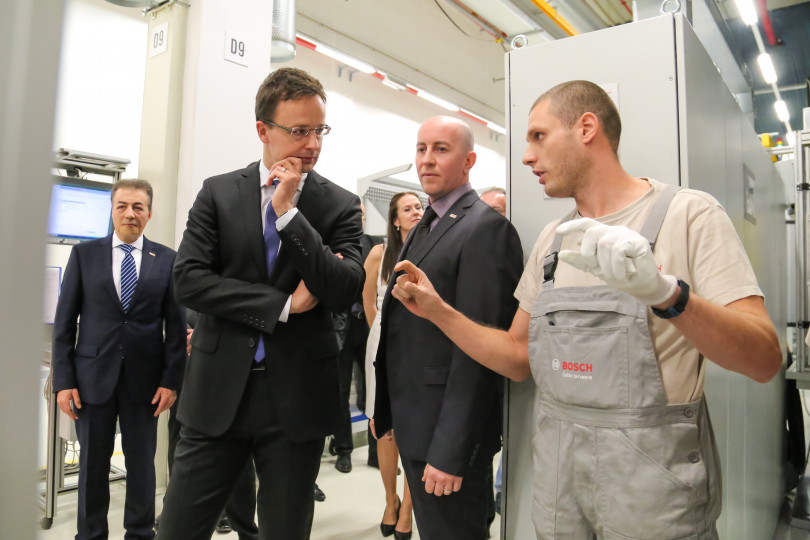 While two projects have already been closed earlier this year, the final project with a value of 7.2 billion forints project, including 1 billion forints support of the European Union, was completed at Bosch’s Maklár site on December 7, 2015. The project has retained jobs, as well as upgrading the manufacturing technology and increasing production capacity with production of steering components. Present at the project completion ceremony were Péter Szijjártó, Minister of Foreign Affairs and Trade, Javier González Pareja, representative of the Bosch Group in Hungary, Stefan Basso, commercial plant manager of Robert Bosch Automotive Steering Kft. and Daniel Pridal, technical plant manager of Robert Bosch Automotive Steering Kft.

“The Eger and Maklár sites are of key importance for Bosch, because they are shaping the future of mobility. The electrical steering gear they make, has a pioneering role in future transport solutions,” said Javier González Pareja.

For the first ten years after it was set up in 2003, the company was concerned solely with assembly and refurbishment. The high standard of its output and high quality level of products convinced the board of the company to set up new parts manufacture in the Hungarian subsidiary in 2012.

At the ceremony, Péter Szijjártó said, “This decision again proves that Hungary is an attractive investment destination for Bosch. It is worthwhile expanding here. The government is also doing everything to provide support for growth.”

Two projects already closed successfully
This huge project is now complete, but there has been another two developments at Robert Bosch Automotive Steering Kft. Speaking about one of these, the commercial plant manager Stefan Basso said, “We were awarded one billion forints under European Union, which enabled us to start up a project for assembling electrical steering gear for cars last year. With this investment we could create jobs for 15 people.”
Robert Bosch Automotive Steering Kft. had another project, with 711 million forints state subvention. The development involved expanding the plant and increasing capacity with the adoption of new technologies, additionally serial production of steering components – rack bars and steering nuts for electrical steering gear started up at Bosch’s Maklár site in May of this year. 115 new jobs were created with this project. Daniel Pridal, technical plant manager, said, “We are also proud that the electrical steering gear for top-category cars, known as EPSapa, is being made here. This is leading edge technology for the twenty-first century, this is a basement for autonomous driving.”

About Robert Bosch Automotive Steering Kft.
Robert Bosch Automotive Steering Kft. formerly operated under the name ZF Lenksysteme Hungária Kft., a joint venture of Robert Bosch GmbH and a ZF Friedrichshafen AG. Bosch acquired all shares of ZF Lenksysteme in autumn 2014, and registered the Hungarian site as Robert Bosch Automotive Steering Kft. in April 2015. The company operated in Eger between 2003 and 2014, growing continuously. The workforce has grown from 35 people in 2003 to over 900 employees today, driven by market demand and an expanding order book. It supplies steering gear, steering columns, steering control shafts and refurbished parts to over 100 automotive manufacturers worldwide, for both passenger cars and commercial vehicles, trucks and buses. With its complete takeover of ZF Lenksysteme, Bosch strategically strengthened its ability to actively shape the future of mobility, and now has access to all relevant components for automated driving, for more efficient vehicles, and also for electric cars.