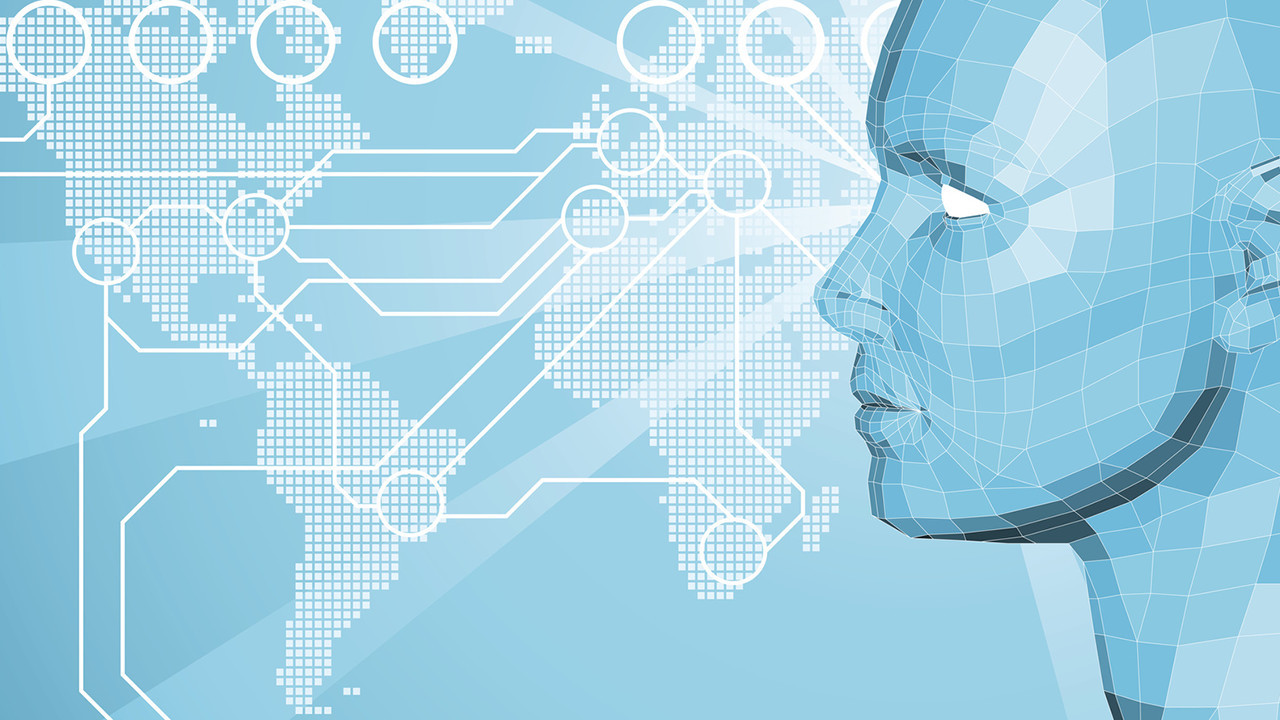 Stuttgart, Germany – In 2016, Bosch Group once again increased its sales. According to preliminary figures, sales rose last year by a nominal 3.5 percent to some 73.1 billion euros. After adjusting for exchange-rate effects, sales growth was 5.4 percent. Sales results were negatively impacted by exchange-rate effects to the tune of some 1.3 billion euros. “Despite unfavorable conditions, we achieved our growth forecast in 2016,” said Dr. Volkmar Denner, chairman of the board of management of Robert Bosch GmbH. “Bosch is in the midst of its most fundamental transformation process ever. Industries, markets, technologies – Bosch is actively shaping change.” When it comes above all to connectivity over the internet of things (IoT) and the transition to electromobility, Bosch is making upfront investments running into billions of euros. In 2016, the company increased its research and development spending to roughly 6.6 billion euros. As Dr. Stefan Asenkerschbaumer, the CFO and deputy chairman of the board of management, explained: “The result we achieve today will finance tomorrow’s success.” The supplier of technology and services recorded roughly 4.3 billion euros in earnings from operations before interest and taxes (EBIT) in 2016. Bosch wants to be a leading IoT supplier. The company sees huge growth potential in the business with intelligent digital assistants. “The IoT is getting personal. With the help of artificial intelligence, we are personalizing connectivity,” the Bosch CEO said. For this reason, Bosch is investing some 300 million euros in a new center for artificial intelligence, which will round off its IoT expertise. 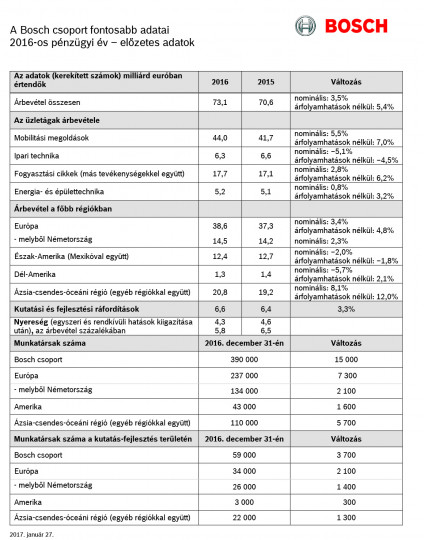 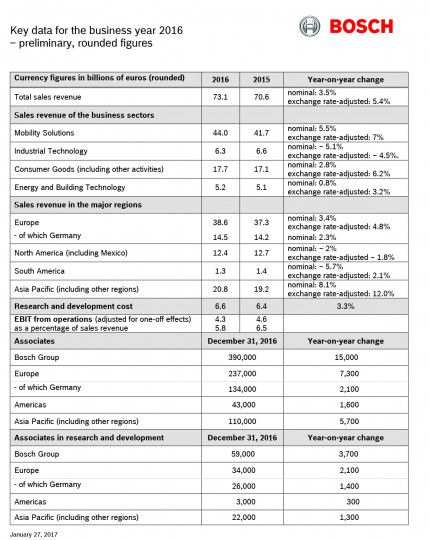 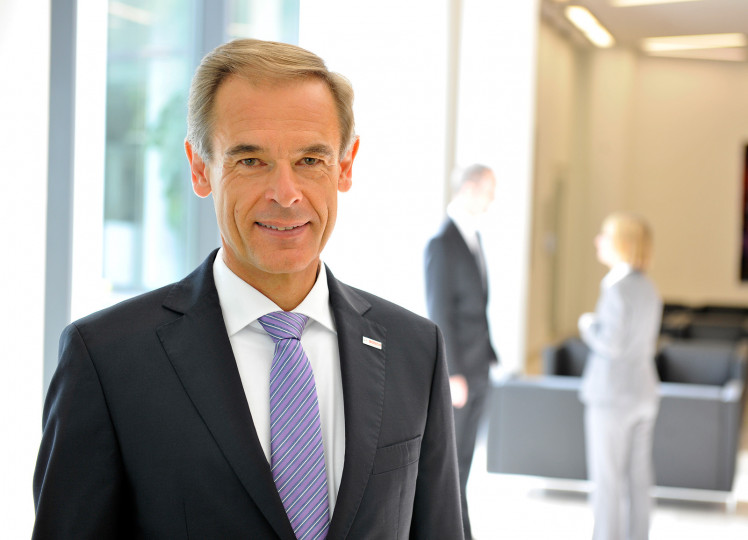 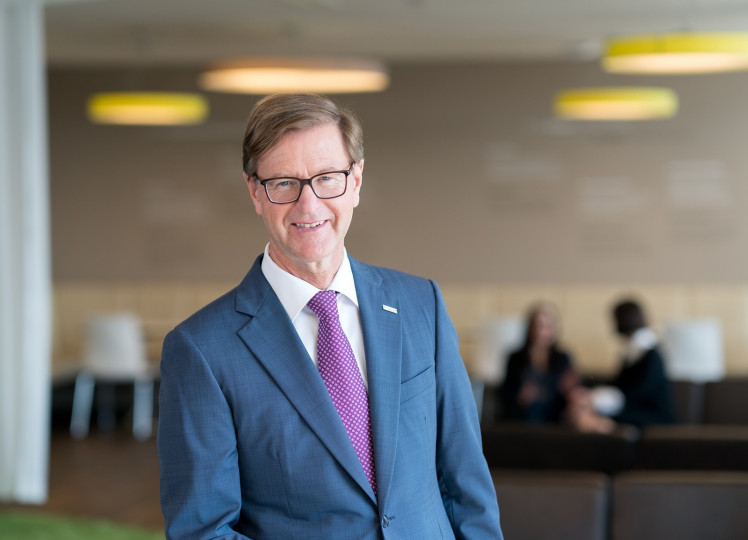 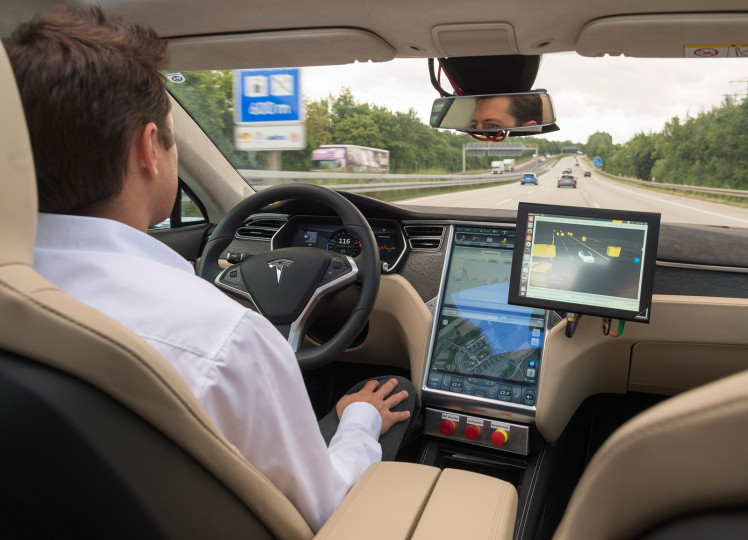 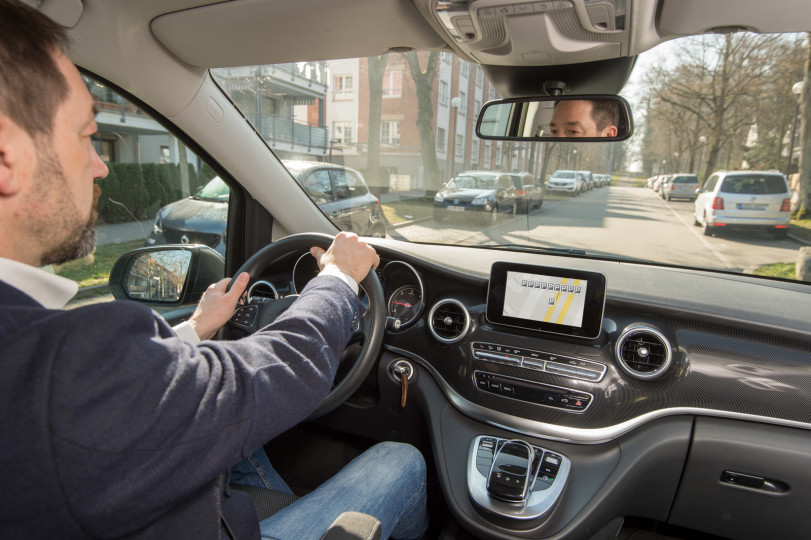 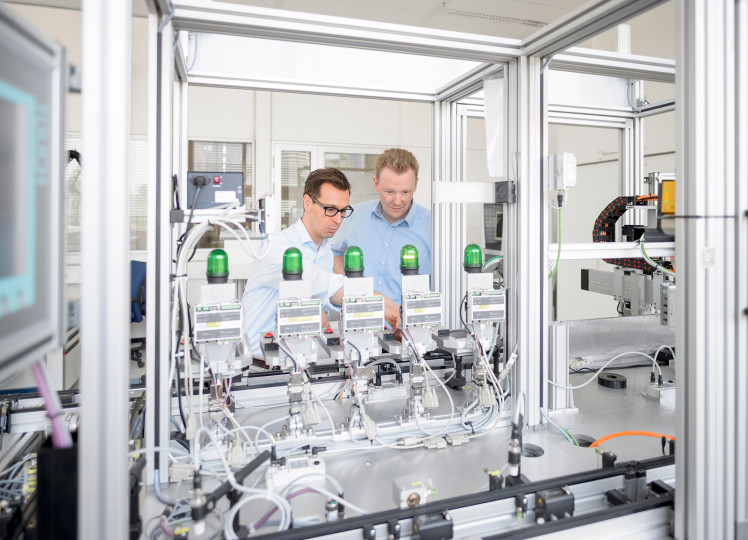 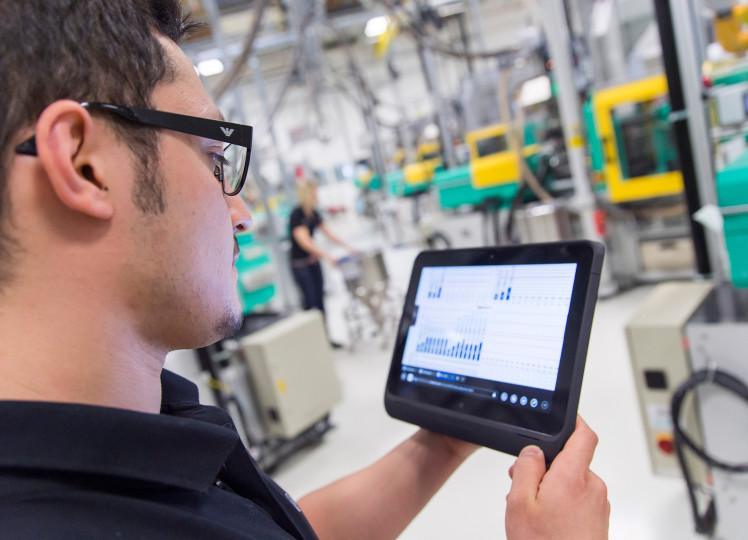 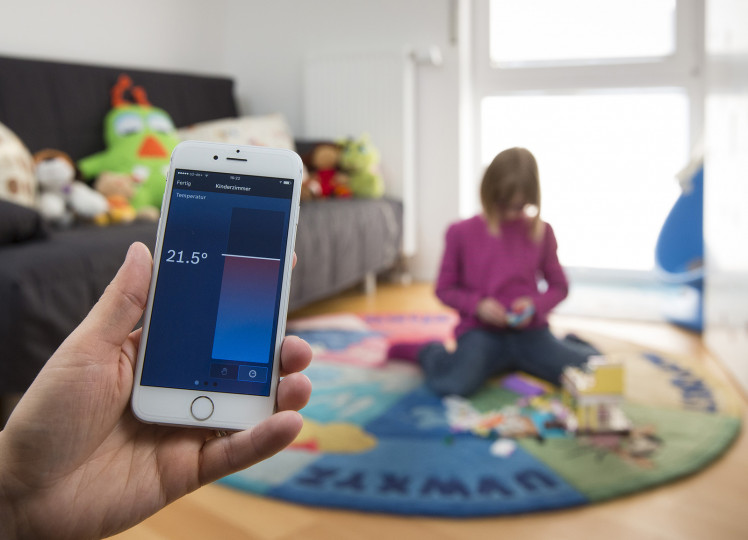 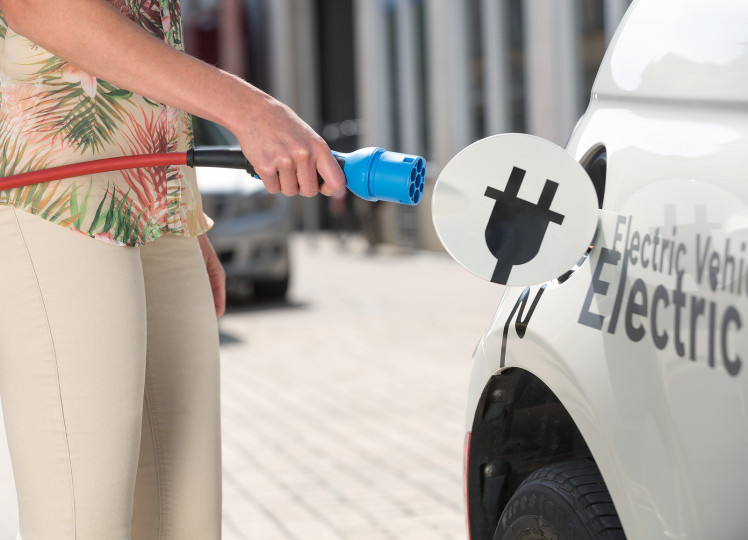 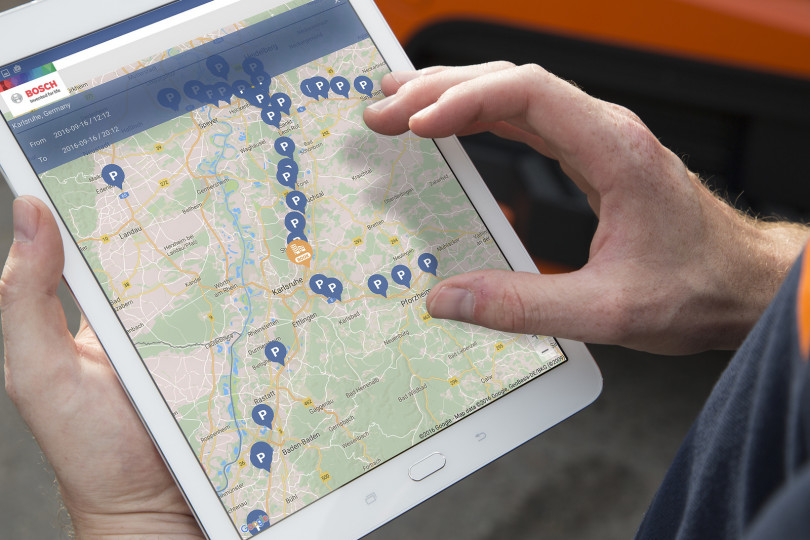 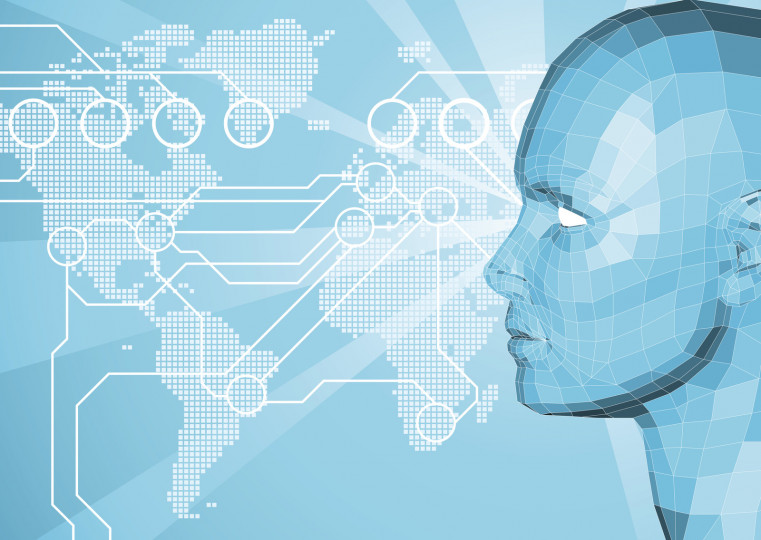 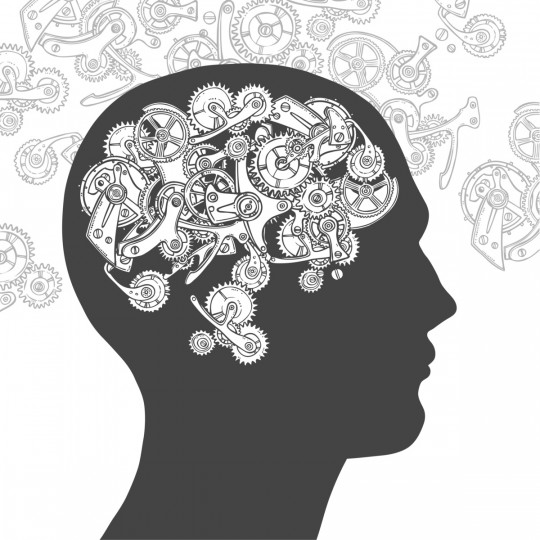 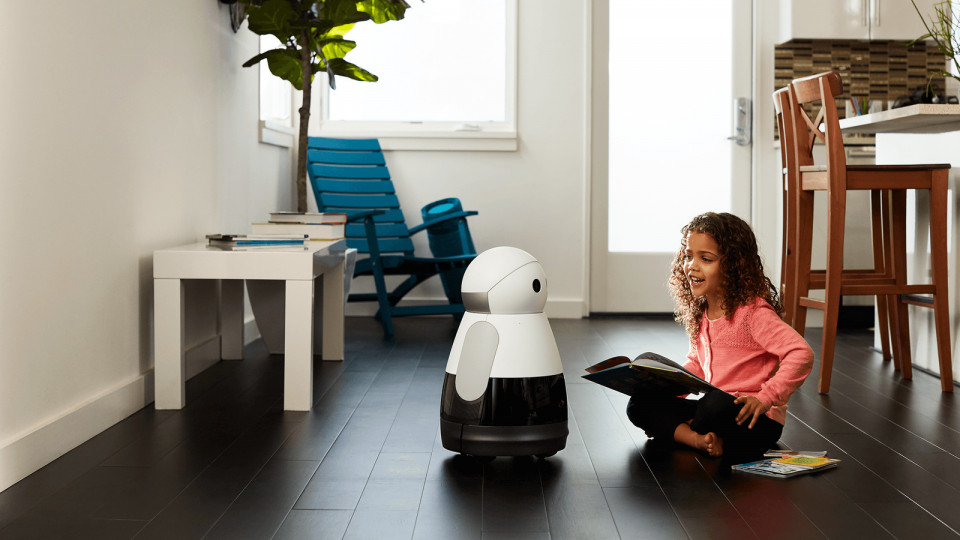 Dr. Volkmar Denner, chairman of the board of management of Robert Bosch GmbH

Dr. Stefan Asenkerschbaumer, deputy chairman of the board of management of Robert Bosch GmbH

The new year saw the new Bosch Center for Artificial Intelligence (BCAI) begin its work. The center’s objective is to enhance expertise in the field of artificial intelligence. “With its sensors, Bosch has made things capable of feeling. Now Bosch is making them capable of learning and intelligent action,” said Denner, who is also responsible for research and advance engineering on the Bosch board of management. “Ten years from now, scarcely any Bosch product will be conceivable without artificial intelligence. It will either possess that intelligence itself, or AI will have played a key role in its development or manufacture,” he said. Within just five years, products featuring artificial intelligence are expected to account for 10 percent of Bosch sales. The BCAI will initially employ some 100 experts in India (Bengaluru), the U.S. (Palo Alto), and Germany (Renningen). By 2021, Bosch will have invested 300 million euros in expanding the center. In the same period, it is planned to grow its workforce several times over.

For Bosch, the personalization of the internet of things is the next level of connectivity. “Bosch will use artificial intelligence to turn things into intelligent assistants. Products will become partners, companions, personal assistants,” the Bosch CEO said. The market research organization Tractica forecasts that the number of people using digital assistants will grow by more than 350 percent by 2021. “Digital assistants are the interface to customers. With connected products, Bosch can maintain a direct relationship with customers. The better we know individual users, the more personalized the service we will be able to offer,” Denner continued. One of the products Bosch presented at the CES (Consumer Electronics Show) in Las Vegas was the home robot Kuri. When developing the robot, Bosch focused on personalization: that is to say, its ability to interact with people. The company also presented Mykie, an assistant that is tailored to the demands of smart kitchens. For example, Mykie knows what is in the fridge, writes shopping lists automatically, and helps with the cooking. Also at CES, a concept car gave an inkling of what the “Auto” personal assistant will be like. According to a new study by Bosch and Prognos, connected vehicles will give people the opportunity to use nearly 100 hours each year in a more efficient and relaxed way.

The future of mobility: “Vision Zero”

Stress-free, accident-free, and emissions-free: that is Bosch’s vision for the traffic of the future. “Zero accidents, zero emissions, and zero stress – those are our targets for the mobility of the future,” the Bosch CEO Denner said. Technologically, this means automation, electrification, and connectivity. Denner continued: “We will actively shape the change in mobility. Bosch will be a leading supplier of mobility solutions, and also lead in electromobility.” Bosch is conducting intensive research to achieve the breakthrough in battery technology that will make mass electric driving affordable. At its Feuerbach location in Stuttgart, the company has set up a battery campus, bringing together its development activities relating to battery cells and battery packs. Together with battery researchers, 300 associates are working to make future cell technologies ready for industrial production. Each year, Bosch invests some 400 million euros in electromobility. With its broad portfolio of production-tested components such as electric motors, power electronics, and batteries, Bosch has already won 30 contracts. “Bosch has all the key components for electric driving. We are active in every market. Our customers are classic automakers and new market players. Even now, Bosch stands for electromobility,” Denner said.

In the future as well, Bosch will invest in further improving the classic combustion engine. With synthetic fuels, or synfuels, combustion engines can also save resources and be CO2-neutral. “In 2025, more than 80 percent of new vehicles will likely still be using combustion engines. But even these engines will be able to play a big part in reducing global warming,” the Bosch CEO said.

Business performance in 2016 by business sector

Negative exchange-rate effects made themselves felt in the way the business sectors’ sales developed. “After adjusting for those effects, all business sectors except Industrial Technology increased their sales, in some cases significantly so,” Asenkerschbaumer said. The Mobility Solutions business sector grew a nominal 5.5 percent in 2016, and thus more strongly than global automotive production. After adjusting for exchange-rate effects, growth was 7.0 percent. According to preliminary figures, sales came to 44.0 billion euros in 2016. In gasoline injection systems, Bosch posted a new record, selling 250 million high-pressure injectors. The company was especially successful with driver-assistance and infotainment systems. In 2016, the Consumer Goodsbusiness sector increased its sales revenue by 2.8 percent to 17.7 billion euros. Exchange rate-adjusted growth was 6.2 percent. Both Power Tools and BSH Hausgeräte GmbH again presented many connected products in 2016. Sales of the Energy and Building Technology business sector grew by 0.8 percent in 2016 (3.2 percent after adjusting for exchange-rate effects), to 5.2 billion euros. The Thermotechnology, Security Systems, and Service Solutions divisions are posting ever greater sales with connected solutions such as  smart heating systems, video technology, and services such as the  eCallemergency service and the concierge service. The preliminary figures for the Industrial Technology business sector show a 5.1 percent year-on-year drop in sales to 6.3 billion euros. Adjusted for exchange-rate effects, the drop is 4.5 percent. Above all, developments in markets such as China, Russia, and Brazil are continuing to create difficulties for the Drive and Control Technology division. In 2016, business in the Packaging Technology division remained roughly on a par with the previous year.

Business performance in 2016 by region

The preliminary figures for Europe show very positive business developments for the Bosch Group in 2016. In this region, the supplier of technology and services increased its sales by 3.4 percent (4.8 percent after adjusting for exchange-rate effects) to 38.6 billion euros. At 12.4 billion euros, sales remained roughly on their previous-year level in North America. This was a drop in sales of 2.0 percent, or 1.8 percent after adjusting for exchange-rate effects.

Recruitment in Asia Pacific, central and eastern Europe, and Germany

Worldwide, the Bosch Group employed some 390,000 associates as of December 31, 2016. Headcount increased by roughly 15,000 in 2016. New associates were taken on above all in Asia Pacific and central and eastern Europe. In Germany, headcount grew by 2,100 associates.

Forecast for 2017 – only moderate growth, with greater fluctuations

For 2017, Bosch is forecasting only moderate growth of 2.3 percent for the global economy. The supplier of technology and services sees risks to the economy above all in political developments in the U.S. and Europe. In 2017, Bosch again intends to stay on its growth course, and to grow faster than its respective markets. It wants to further improve the competitive and profit situation of all its divisions.

The Bosch Group is a leading global supplier of technology and services. It employs roughly 390,000 associates worldwide (as of December 31, 2016). According to preliminary figures, the company generated sales of 73.1 billion euros in 2016. Its operations are divided into four business sectors: Mobility Solutions, Industrial Technology, Consumer Goods, and Energy and Building Technology. The Bosch Group comprises Robert Bosch GmbH and its roughly 450 subsidiaries and regional companies in some 60 countries. Including sales and service partners, Bosch’s global manufacturing and sales network covers nearly every country in the world. The basis for the company’s future growth is its innovative strength. At 120 locations across the globe, Bosch employs 59,000 associates in research and development. The Bosch Group’s strategic objective is to deliver innovations for a connected life. Bosch improves quality of life worldwide with products and services that are innovative and spark enthusiasm. In short, Bosch creates technology that is “Invented for life.”