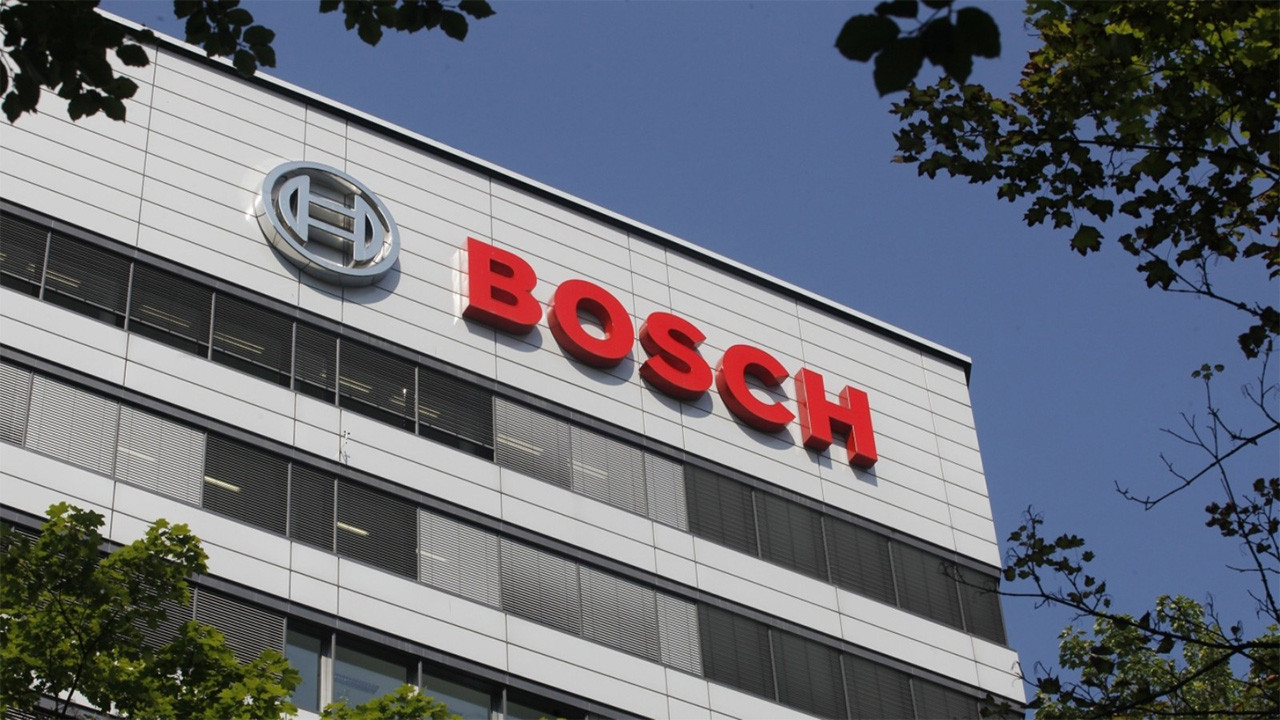 Stuttgart, Germany – From January 1, 2022, following a prolonged period of planning, management responsibility for Bosch will pass to a new generation: Franz Fehrenbach, the chairman of the supervisory board and of Robert Bosch Industrietreuhand KG is to retire, and will be succeeded by Prof. Stefan Asenkerschbaumer. Dr. Volkmar Denner is to hand over as chairman of the board of management to Dr. Stefan Hartung. As scientific advisor to the Bosch Group, Denner will devote himself to the company’s research into quantum technology. Dr. Christian Fischer is to become deputy chairman of the board of management, and Dr. Markus Heyn is to assume the chairmanship of the Mobility Solutions business sector. As new chief financial officer, Dr. Markus Forschner rounds out the newly created Bosch board of management, which has been further reduced to seven people. Bosch is confident that these new appointments put it in a good position to continue the company’s strong and meaningful development, as the founder Robert Bosch would have wanted. 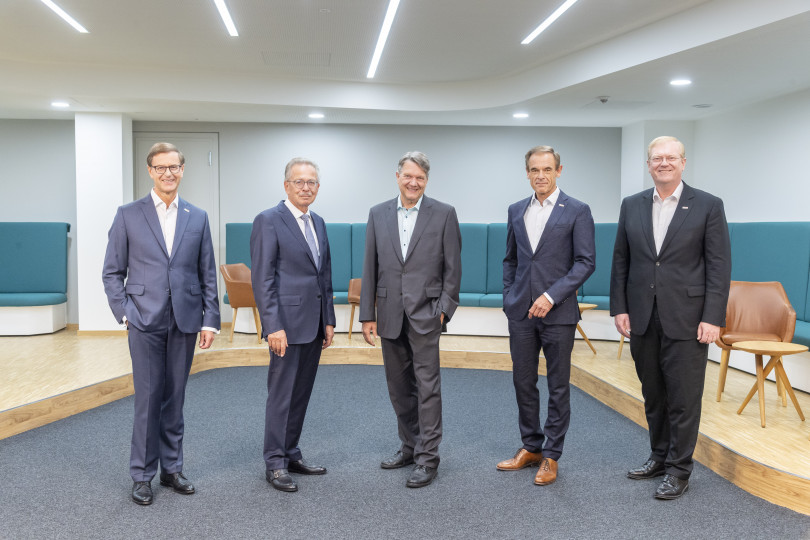 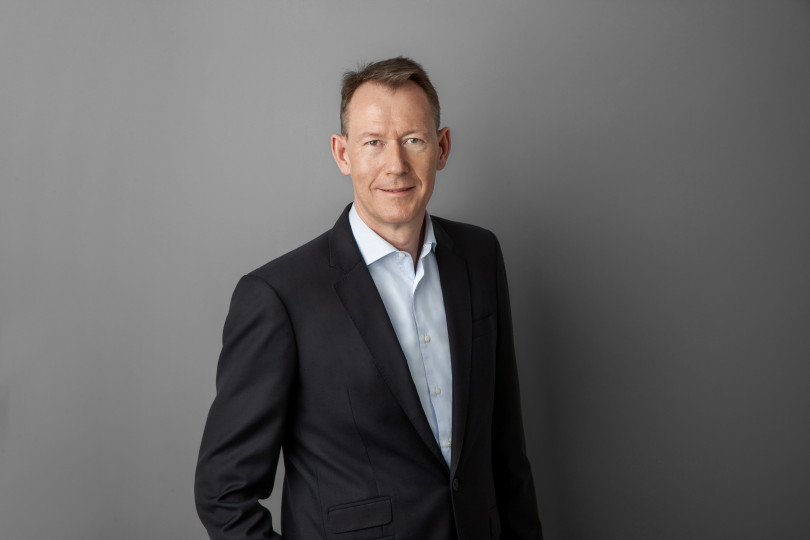 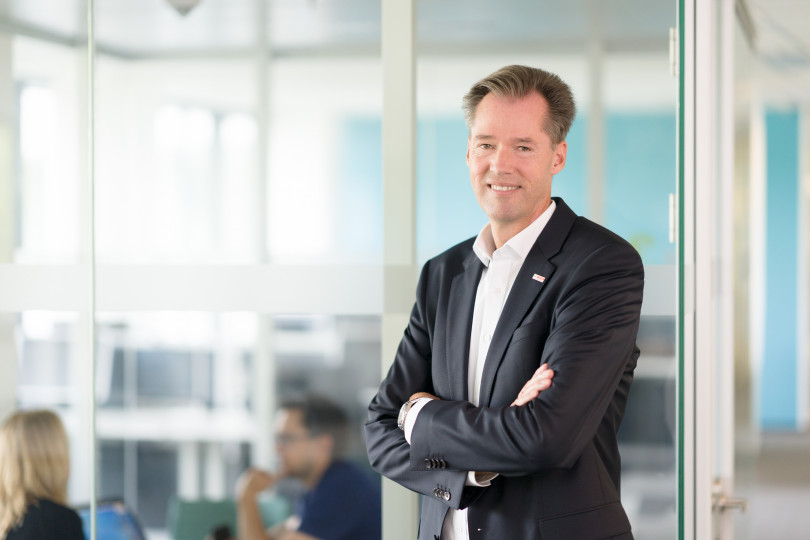 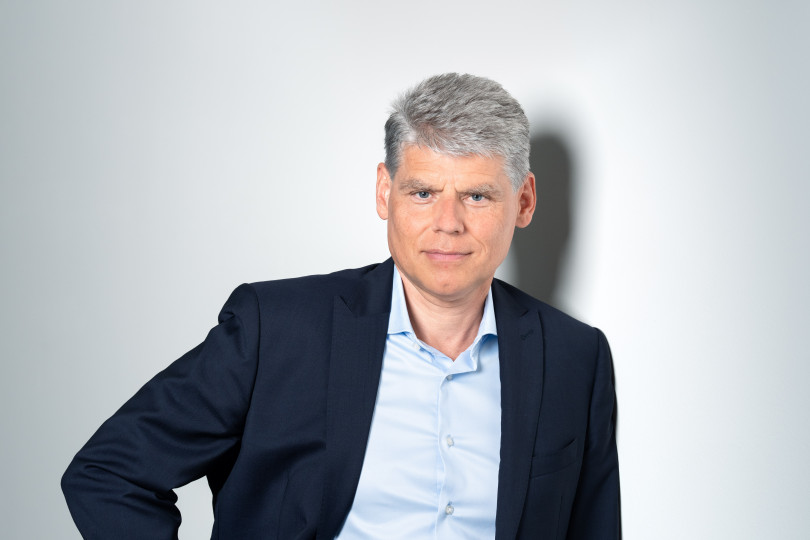 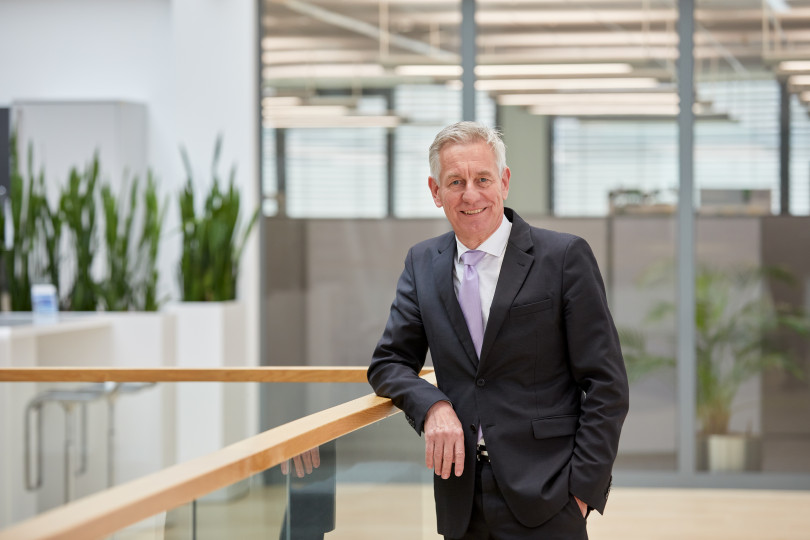 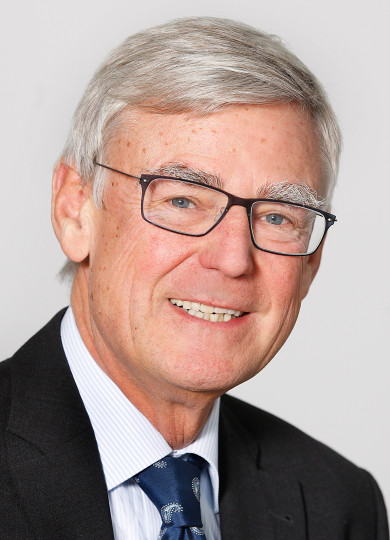 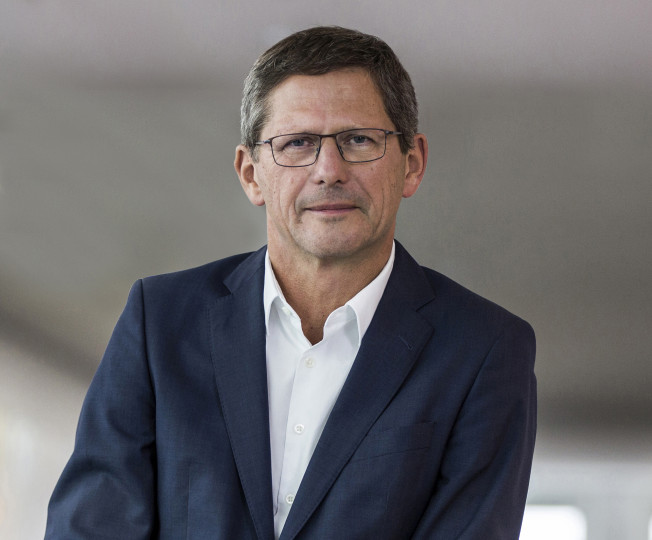 The personnel changes at Robert Bosch Industrietreuhand KG and on the supervisory board and board of management of Robert Bosch GmbH take effect on January 1, 2022. They are presented in more detail below:

Franz Fehrenbach (71) will resign his positions within the company effective December 31, 2021. He will do so after nearly 47 years with the company. At the same time, he will step down from Robert Bosch Industrietreuhand KG. Franz Fehrenbach has been chairman of the supervisory board of Robert Bosch GmbH and a general partner and chairman of the shareholders’ meeting of Robert Bosch Industrietreuhand KG since July 1, 2012. Following various executive positions – among other things, Fehrenbach was a member of the executive management of Robert Bosch Corporation (Automotive Group) in the United States and of various divisions in the mobility segment – he was appointed to the board of management of Robert Bosch GmbH in 1999, and was its chairman until 2012. The shareholders and supervisory board paid tribute to Franz Fehrenbach’s many years of service and outstanding achievements for the company. Speaking for the family owners, Christof Bosch said: “Franz Fehrenbach has served Bosch excellently. Nearly 47 years of service speak for themselves. In recent years, after successfully steering the company’s business operations, he has been chairman of the supervisory board and Industrietreuhand, giving the company the benefit of his great experience and foresight.”

Prof. Stefan Asenkerschbaumer (65), who has been deputy chairman of the board of management since 2013 and CFO of Robert Bosch GmbH since 2010, will retire from the board of management effective December 31, 2021. Effective January 1, 2022, he will join the company’s supervisory board as chairman. At Robert Bosch Industrietreuhand KG, where he has been a limited partner since 2018, Asenkerschbaumer will in the future be a general partner and chairman of the shareholders’ meeting. He began his Bosch career in 1987, as a commercial trainee. Following various specialist positions and operational responsibility at department, plant, and business-unit level, as well as a spell as divisional president, he became CFO. In this role, he stood for far-sighted, sound finance policy.
The shareholders’ meeting and supervisory board thanked Asenkerschbaumer for his successful work in the company, most recently as longstanding deputy chairman and CFO. They wished him all the best for his new role.

Denner has always been interested in translating the findings of pioneering scientific research into cutting-edge technology, for the benefit of humankind. For example, he played a major role in the establishment of MEMS sensor technology in the company. Bosch now leads the global market in this field, both in the automotive and consumer goods markets. Most recently, Denner, who has a doctorate in quantum physics, made the entire company ready to exploit the potential of AIoT, the combination of artificial intelligence (AI) and the internet of things (IoT).

The shareholders and the supervisory board expressed their thanks to Denner for his prolific work in the company over the decades: “The supervisory board owes Volkmar Denner a huge debt of thanks for the economically successful and technologically visionary way he has managed the company,” said Franz Fehrenbach, chairman of the shareholders’ meeting and of the supervisory board o Robert Bosch GmbH. He added: “Volkmar Denner has set the course for the company’s future endeavors toward sustainability, and made the group fit for the digital future. Under his leadership, Bosch became the world’s first carbon-neutral industrial enterprise as early as February 2020, as well as a global pacemaker in the fields of artificial intelligence and IoT.” Speaking for the Bosch family, Christof Bosch said: “The family owners would like to expressly thank Volkmar Denner for staying so true to the founder’s values in his leadership of the company.”

Effective January 1, 2022, Dr. Stefan Hartung (55) has been appointed the new chairman of the board of management. At the same time, he will join Robert Bosch Industrietreuhand KG as a shareholder. Hartung, who has a PhD in mechanical engineering, has been with Bosch for 17 years, and a member of the Bosch board of management since 2013. As chairman of Mobility Solutions, he has been responsible for the company’s biggest business sector since 2019. Prior to that, Hartung’s responsibilities included the Energy and Building Technology and Industrial Technology business sectors. Earlier executive positions at Bosch Power Tools and BSH Hausgeräte mean that Hartung has gained first-hand experience of large parts of the group, and is excellently informed about the entire product and service portfolio across all its business sectors. Most recently, he has been instrumental in the systematic realignment of the Mobility Solutions business sector and created new openings for the mobility of the future.

Dr. Christian Fischer (53) will become deputy chairman of the board of management effective January 1, 2022. At the same time, he will become a shareholder of Robert Bosch Industrietreuhand KG. Fischer has been on the Bosch board of management since 2018, initially assuming responsibility for the Energy and Building Technology business sector. As chief performance officer, he has successfully designed and implemented a group-wide program to systematically improve profitability. Effective July 1, 2021, he will also be responsible for the Consumer Goods business sector, with its Power Tools division and the subsidiary company BSH Hausgeräte GmbH, as well as for Europe, the Middle East, and Africa, and for southeast Asia and Australia. Fischer, who has a PhD in economics, worked on the management boards of other companies before joining the Bosch board of management.

Effective January 1, 2022, Dr. Markus Heyn (56) will become chairman of the Mobility Solutions business sector. On the board of management, he has been globally responsible for sales and marketing in the Mobility Solutions business sector since 2015. Heyn is also responsible for the Automotive Aftermarket and Connected Mobility Solutions divisions and the ETAS GmbH and Bosch Engineering GmbH subsidiaries, the latter including the cross-divisional Commercial Vehicles & Off-Road organization. A mechanical engineering PhD, Heyn has been with Bosch since 1999.

Stefan Asenkerschbaumer will be succeeded as chief financial officer (CFO) by Dr. Markus Forschner (54), who will be newly appointed to the board of management of Robert Bosch GmbH effective January 1, 2022. At the same time, he will assume the function of chief performance officer (CPO) of the Bosch Group from Christian Fischer. Forschner has been a member of the executive board of Bosch Rexroth since 2015, with responsibility for commercial affairs. He joined the Bosch Group as a management trainee in 1996. Forschner studied computer science and business administration and gained a doctorate at Stuttgart University’s institute for R&D management.

The shareholders and the supervisory board wish Dr. Stefan Hartung, Dr. Christian Fischer, Dr. Markus Heyn, and Dr. Markus Forschner every success in their new responsibilities.

Together with Dr. Stefan Hartung and Dr. Christian Fischer, Prof. Michael Kaschke (64), the chairman of the supervisory board of the Karlsruhe Institute for Technology (KIT) who has been a member of the supervisory board of Robert Bosch GmbH since April 2016, will join Robert Bosch Industrietreuhand KG as a shareholder effective January 1, 2022. Kaschke was chairman of the board of Carl Zeiss AG until April 2020.

The Bosch Group is a leading global supplier of technology and services. It employs roughly 395,000 associates worldwide (as of December 31, 2020). The company generated sales of 71.5 billion euros in 2020. Its operations are divided into four business sectors: Mobility Solutions, Industrial Technology, Consumer Goods, and Energy and Building Technology. As a leading IoT provider, Bosch offers innovative solutions for smart homes, Industry 4.0, and connected mobility. Bosch is pursuing a vision of mobility that is sustainable, safe, and exciting. It uses its expertise in sensor technology, software, and services, as well as its own IoT cloud, to offer its customers connected, cross-domain solutions from a single source. The Bosch Group’s strategic objective is to facilitate connected living with products and solutions that either contain artificial intelligence (AI) or have been developed or manufactured with its help. Bosch improves quality of life worldwide with products and services that are innovative and spark enthusiasm. In short, Bosch creates technology that is “Invented for life.” The Bosch Group comprises Robert Bosch GmbH and its roughly 440 subsidiary and regional companies in some 60 countries. Including sales and service partners, Bosch’s global manufacturing, engineering, and sales network covers nearly every country in the world. With its more than 400 locations worldwide, the Bosch Group has been carbon neutral since the first quarter of 2020. The basis for the company’s future growth is its innovative strength. At 129 locations across the globe, Bosch employs some 73,000 associates in research and development, of which nearly 34,000 are software engineers.