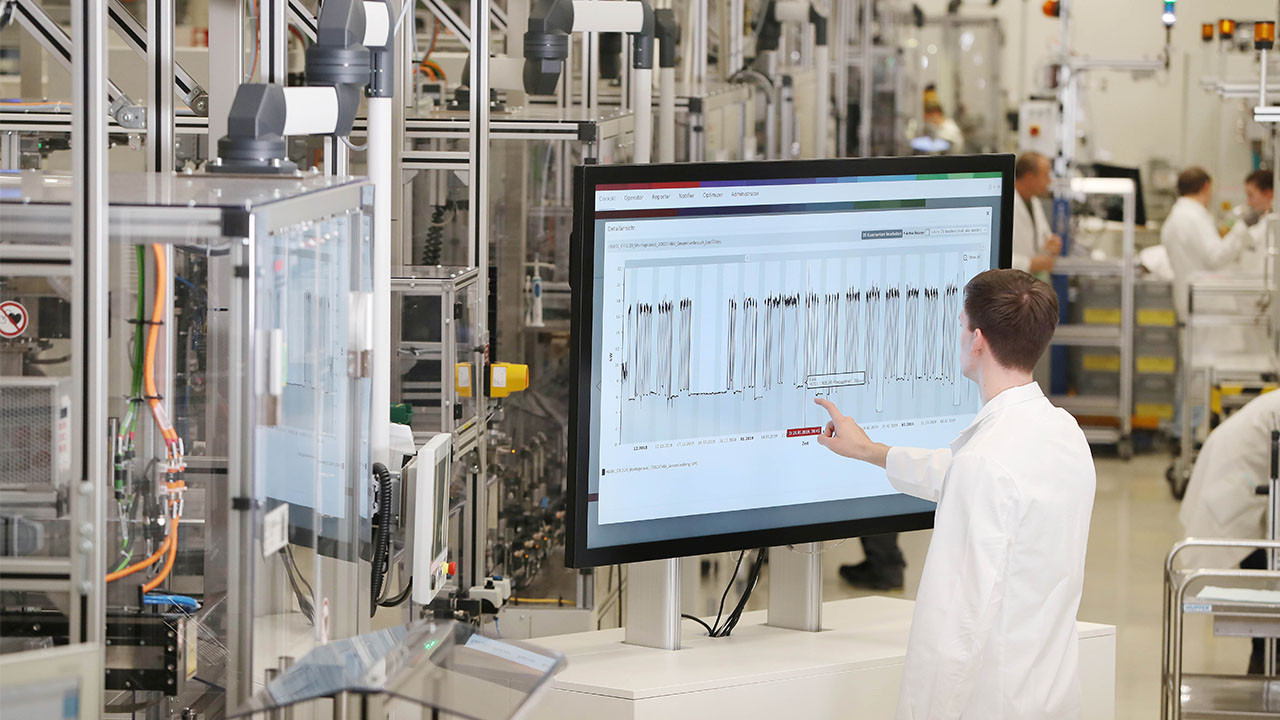 Stuttgart and Renningen, Germany – Bosch is to be fully climate-neutral as early as next year. Its over 400 locations worldwide, and their engineering, manufacturing, and ad-ministrative facilities, will no longer leave a carbon footprint. This will make Bosch the first major industrial enterprise to achieve this ambitious goal in a little over a year. “We see climate action as our responsibility, and believe we have to act now,” says Dr. Volkmar Denner, chairman of the board of management of Robert Bosch GmbH. In a bid to swiftly achieve carbon neutrality, Bosch will buy more green electricity in the near term and compensate for unavoidable CO2 emissions with carbon offsets. In the years to 2030, the company will gradually increase the share of renewable energy in the power that it generates and buys, and will invest a billion euros to boost its locations’ energy ef-ficiency. 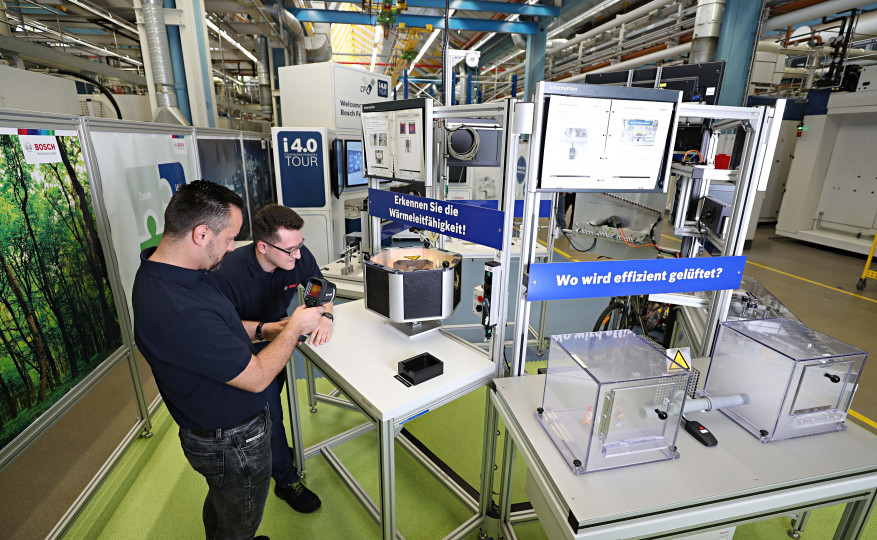 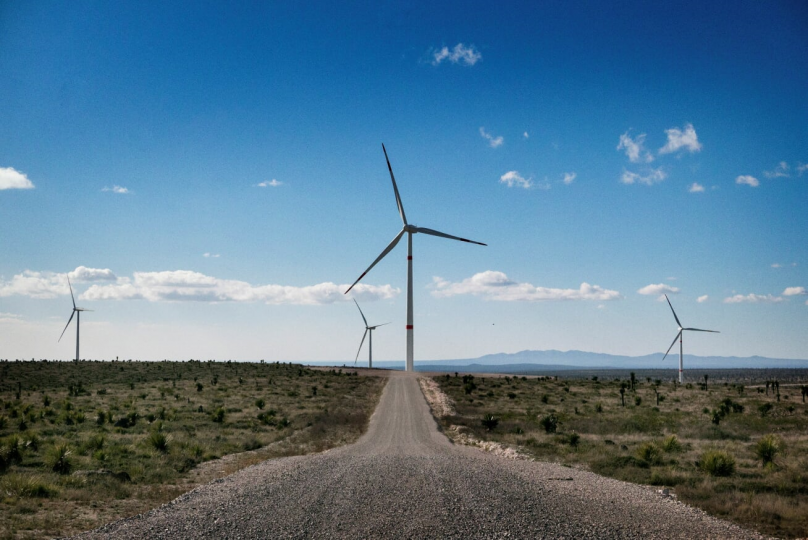 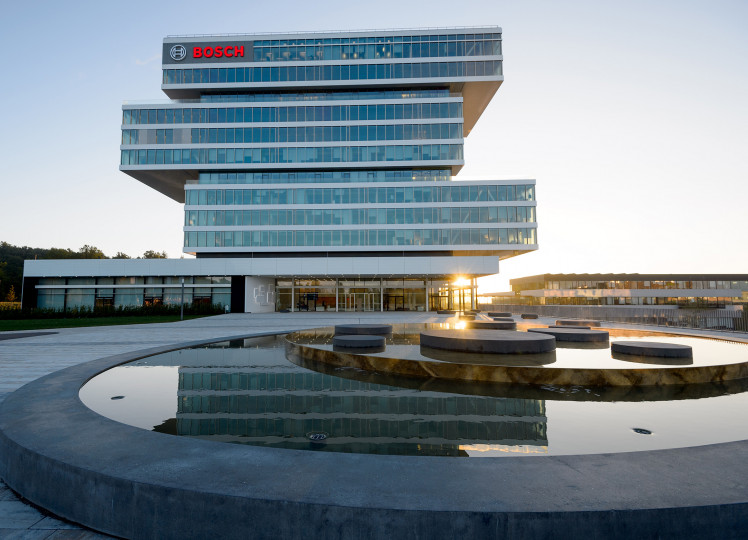 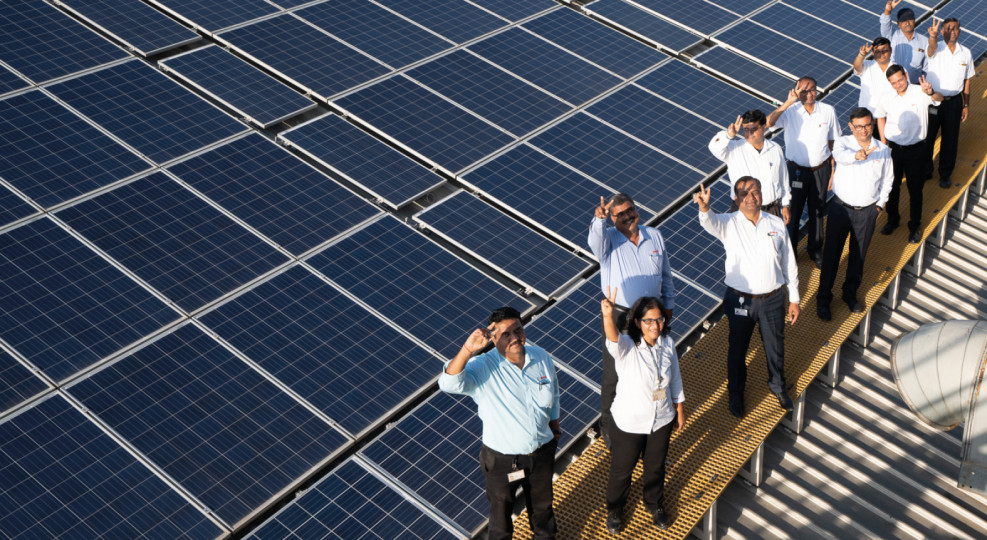 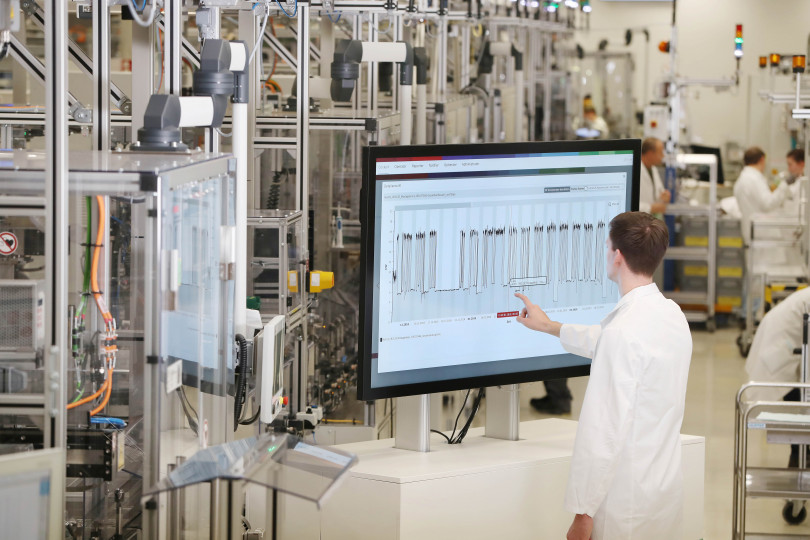 Once Bosch achieves climate neutrality, it will no longer adversely affect carbon dioxide concentration in the atmosphere. The company is thus making an important contribution to the Paris climate agreement ratified in 2015, which calls for global warming to be kept well below two degrees Celsius above pre-industrial levels. “Everyone has to contribute to climate action,” Denner says.

Swift action to achieve early carbon neutrality
Industrial enterprises such as Bosch can make a significant contribution to the drive for global climate neutrality. According to the International Energy Agency, manufacturing accounts for around 32 percent of global carbon dioxide emissions. As it stands, Bosch emits around 3.3 million metric tons of carbon per year. The company has already re-duced carbon emissions relative to its value creation by nearly 35 percent since 2007. “We are not starting from scratch. We have consistently exceeded our targets for the relative reduction of carbon emissions. Now the time has come for absolute targets. Let the final countdown begin,” Denner says.

Focusing on sustainable, renewable power supply
Starting in 2020, Bosch will compensate for any residual and unavoidable carbon emis-sions primarily by buying green power from legacy plants and taking part in carbon offset programs. The company is investing in environmental projects, certified to rigorous standards, aimed at supporting social and ecological development. Carbon offsets are to be gradually scaled back by 2030, and Bosch is stepping up investments in renewable en-ergies to this end. It also intends to enlarge company-owned photovoltaic systems such as those in place at the Nashik and Bidadi locations in India. The company expects to achieve a tenfold increase in installed energy capacity with this move. Bosch will also sign long-term, exclusive supplier contracts with new wind and solar farms around the world, which can then operate profitably even without government subsidies.

A billion euros – and connected solutions – for greater energy efficiency
Enhanced energy efficiency is a powerful tool for achieving carbon neutrality. Bosch will invest a billion euros in the energy efficiency of its plants and buildings over the next ten years. “We want to reduce energy consumption and carbon dioxide emissions in absolute terms, and not just relative to value creation,” Denner says. By 2030, the company plans to save additional energy amounting to some 1.7 terawatt hours per year. This is more than one-fifth of its current annual consumption, and comparable to the amount of elec-tricity consumed by private households in Cologne. Bosch has been vigorously pursuing environmental management practices for years. In 2018 alone, the company carried out some 500 energy-efficiency projects, reducing power consumption by close to 1.5 per-cent. Connected manufacturing has also become a key efficiency driver. Bosch has al-ready deployed its proprietary energy platform, a part of the company’s portfolio of In-dustry 4.0 solutions, to more than 30 factories around the world. This platform is a cloud-based software solution that can track and control every single machine’s power con-sumption.

Climate action pays social and economic dividends
In the years up to 2030, the company will incur one billion euros in added costs by buying green electricity, engaging in carbon offset programs, and sourcing power from renewa-bles. In that same period, Bosch will invest one billion euros to boost in-house energy ef-ficiency. This increase in energy efficiency will save Bosch around one billion euros, thereby bringing the company’s expenditure on carbon neutrality down from around two billion to one billion euros by 2030.
“Carbon neutrality is doable and, if pursued with the necessary determination, can be achieved quickly. Our investments benefit not only us at Bosch, but humankind in general as well,” Denner says.

A selection of exemplary Bosch projects

The Feuerbach plant – energy efficient thanks to people and machinery
Feuerbach, Germany, is home to Bosch’s oldest location worldwide. Established in 1909, it has steadily and systematically modernized its facilities to contribute to the company’s overall energy efficiency. With training sessions in its “Energieerlebniswelt” (energy ex-perience world), the local team focuses on energy monitoring and increasing awareness among the workforce. The plant has pursued heat recovery, room automation, machine power shut-off management, and shop renovation projects with great success. Its ener-gy requirements are down more than 50 percent compared with 2007; its carbon emis-sions – relative to value creation – are down 47 percent.

Crunching data to conserve energy at Homburg
The Bosch location at Homburg, in the German state of Saarland, is edging ever closer to the vision of an energy efficient, self-learning plant. It has spared the world around 5,000 metric tons of carbon dioxide in the past two years and more than 23,000 tons since 2007. This approach pairs maximum transparency with technical innovation. An energy management platform developed by Bosch uses data from the machinery collected at some 10,000 measuring points. Associates can track, control, and optimize each individ-ual machine’s power consumption. Technical solutions include ventilation of manufactur-ing shops on an as-required basis, utilization of waste heat from various machining pro-cesses, and smart consumption management for machinery.

Green roofs, photovoltaic systems, and carbon neutrality at Renningen
The Bosch location at Renningen has been carbon neutral since January 2019. Carbon offsets fully compensate for the carbon footprint of the natural gas burned by its heating system. The facility buys green electricity to cover its power needs. And the 460 photo-voltaic modules installed on the roofs of buildings generate electricity for the campus’s own use. To help control temperatures inside the buildings, roofs on the research cam-pus are covered in greenery; a 3,600 m3 underground cistern collects rainwater that seeps through the plant cover for use in the air-conditioning system’s cooling towers. The green rooftops also provide an insulating buffer against direct sunlight and excessive accumulation of heat on the roof. This combination reduces the amount of energy need-ed to air-condition buildings by 20 to 30 percent. The location also operates a water treatment plant that enables Bosch to conserve around 20,000 m3 of drinking water a year.

Sustainable heating at Rodez
Reduce the site’s carbon footprint – that was what the team at Rodez in France set out to do when it started making plans as far back as 2009. The location now has a biomass heating plant, up and running since 2013. It burns wood chips obtained from local certi-fied sustainable forestry resources. Rodez uses its power to heat water and generate process heat. On average, the wood chip-fired plant covers 90 percent of the location’s heating requirements. It consumes some 6,600 metric tons of wood chips a year. Burn-ing this biomass releases no more carbon than the trees had taken from the atmos-phere. The factory has reduced its yearly emissions by around 600 tons.

Reducing the carbon footprint at Bidadi and Nashik, India, with power generated on site
Bosch India is pursuing carbon neutrality by tapping locally available, natural sources of energy. Spurred on by the idea of supplying the location with fully renewable power dur-ing daytime hours, the team at the Nashik location began installing its first photovoltaic systems in 2015. It now has 50,000 solar panels in place on roofs, parking lots, and the grounds to generate around 20 percent of the power required by the plant each year. The facility has reduced its carbon emissions by some 23,000 tons and saved around 25,000 megawatt hours of energy since 2015. This is equivalent to the power consumed by some 23,500 Indian households. Bosch experts have also developed an eco-friendly so-lution for cleaning the modules: water is recycled several times and purified using envi-ronmentally sound methods.

The Bidadi plant, located around 1,100 kilometers south of Nashik, has also embraced so-lar power. This location is able to cover around 30 percent of its energy needs with a pho-tovoltaic system that also offers a further benefit: it provides ideal conditions for grow-ing vegetables and herbs to keep the plant’s cafeteria well stocked with local produce. The sun is not the only resource put to good use at this location, which also channels rain into a small lake to replenish the water supply for the local population.

Renewables as the main source of power for Bosch in Mexico
Mexico has revamped its energy policy. An energy reform launched there calls for the country to source 35 percent of the electricity from non-fossil fuels by 2024. With many hours of sunshine annually and high-wind regions, Mexico’s geography and climate would certainly support that goal, providing a solid foundation for change alongside committed support from government and business. Bosch is part of this movement, and has already set a high standard: power sourced exclusively from the Dominica wind farm in the state of San Luis Potosí covers more than 80 percent of the energy requirements of all Bosch locations in Mexico. Bosch Mexico was able to save 56,000 metric tons of CO2 in 2018 by switching to predominantly renewable energies.

The Bosch Group is a leading global supplier of technology and services. It employs roughly 410,000 associates worldwide (as of December 31, 2018). The company generated sales of 78.5 billion euros in 2018. Its operations are divided into four business sectors: Mobility Solutions, Industrial Technology, Consumer Goods, and Energy and Building Technology. As a leading IoT company, Bosch offers innova-tive solutions for smart homes, smart cities, connected mobility, and connected manufacturing. It uses its expertise in sensor technology, software, and services, as well as its own IoT cloud, to offer its cus-tomers connected, cross-domain solutions from a single source. The Bosch Group’s strategic objective is to deliver innovations for a connected life. Bosch improves quality of life worldwide with products and services that are innovative and spark enthusiasm. In short, Bosch creates technology that is “In-vented for life.” The Bosch Group comprises Robert Bosch GmbH and its roughly 460 subsidiary and regional companies in over 60 countries. Including sales and service partners, Bosch’s global manufac-turing, engineering, and sales network covers nearly every country in the world. The basis for the com-pany’s future growth is its innovative strength. At nearly 130 locations across the globe, Bosch em-ploys some 68,700 associates in research and development.