42% of Hungarian households own cars 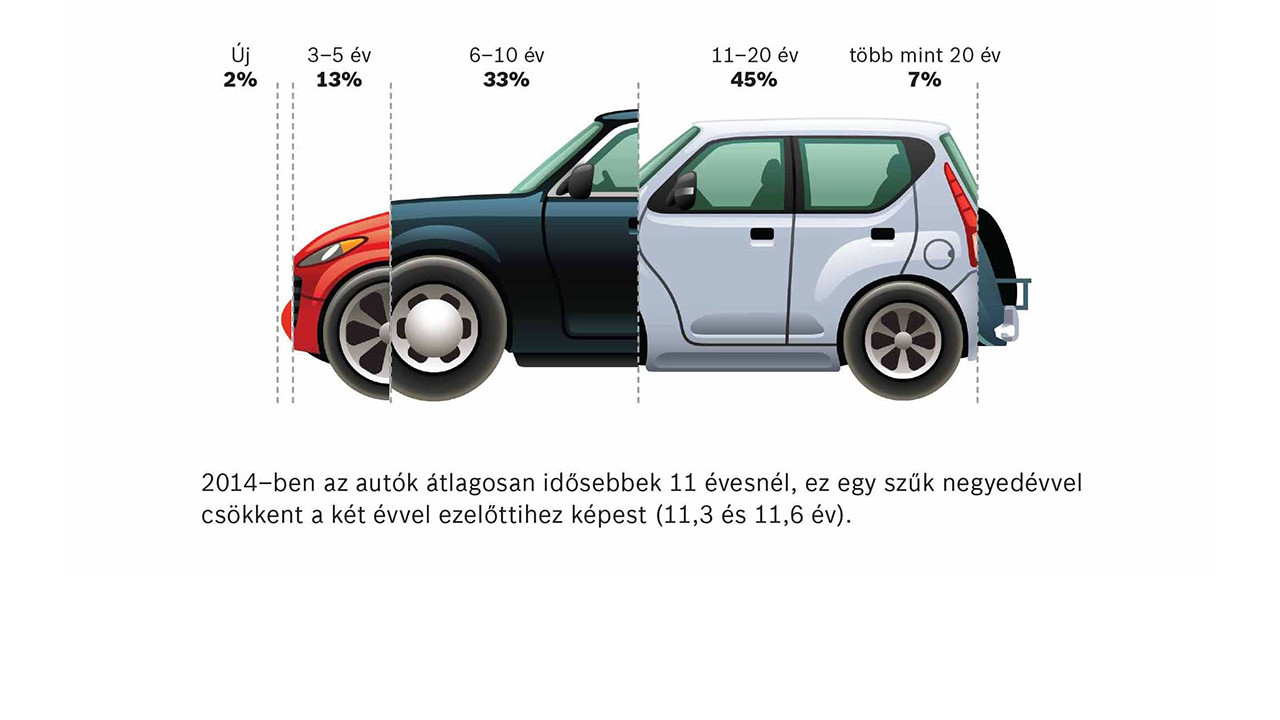 This year, Robert Bosch Kft. – the leading international supplier of technologies and services – once again commissioned the Medián Opinion and Market Research Institute to survey cars, car use and car-repair habits in Hungary. Since data of this kind is largely unavailable elsewhere, the research fills a gap. What makes the survey even more valuable is that it has been carried out every two years since 2008, so that it has been keeping track of trends in cars and car-repair habits in Hungary since the start of the economic and financial crisis. The 2014 data was collected from 924 car-using households. The sample was representative by sex, age, level of education and geographical area of the over-18 car-owning population. 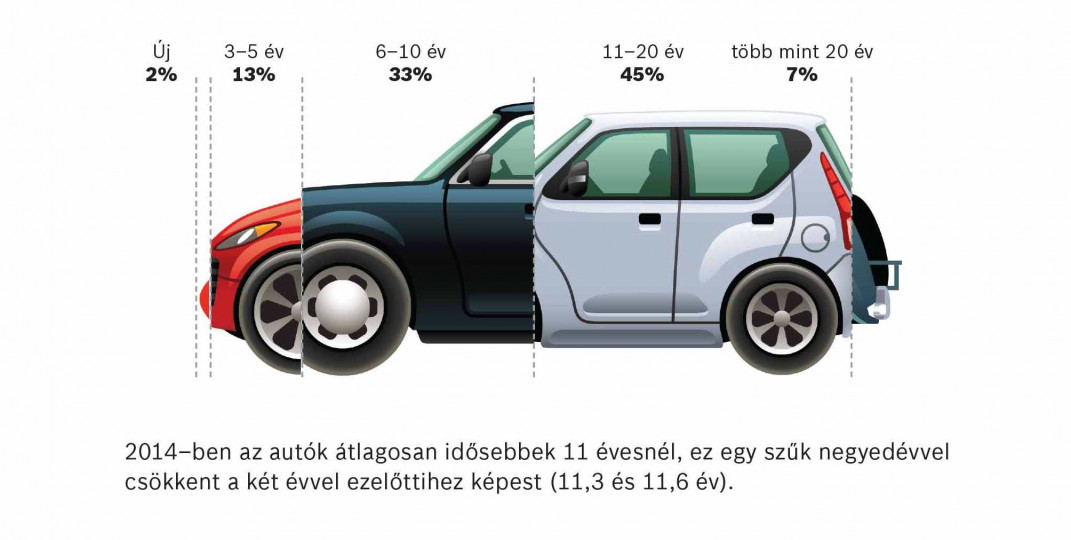 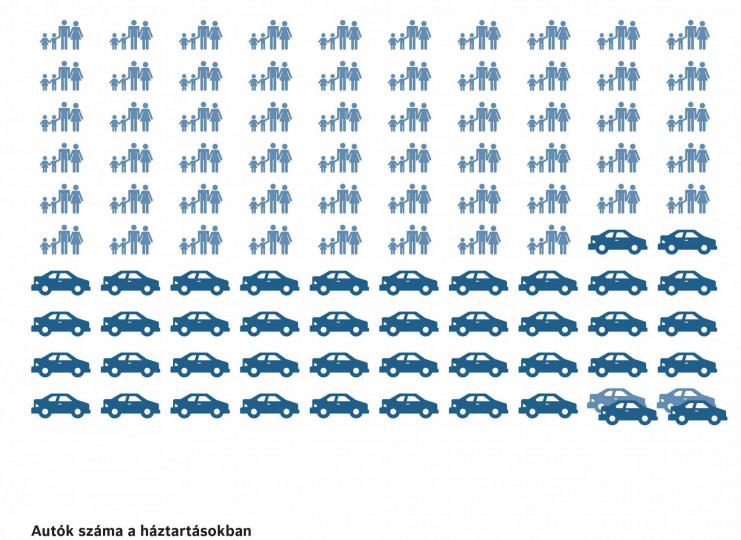 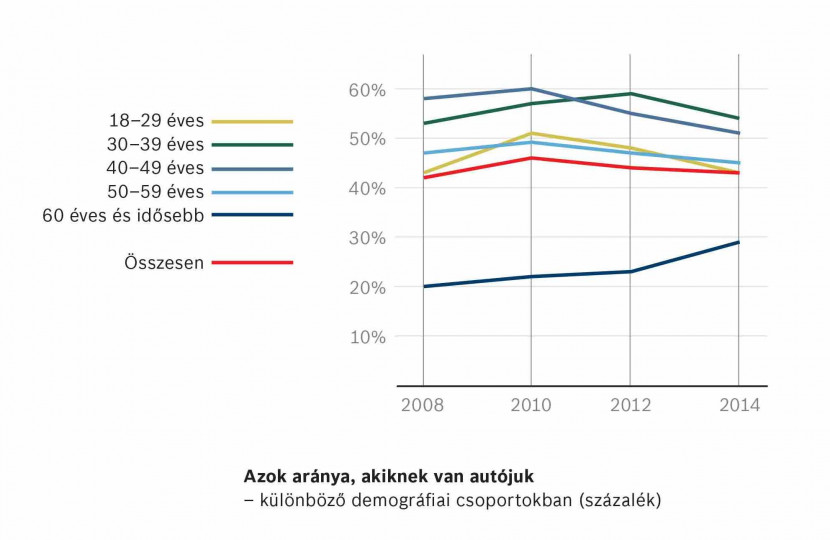 This year’s survey found that 42 per cent of all Hungarian households have a car: 40 per cent one, and two per cent more than one. This is somewhat below the 2012 and 2010 figures, when 44 and 45 per cent respectively of households had cars. It is almost the same as in 2008, just as the crisis was breaking, although 5 per cent of households then had more than one car and 37 per cent had one. The new figures show that vehicles are mostly owned by the users, and only a very few households – 3 per cent – use company cars.

People in the 30-39 and 40–49 age groups are most likely (around 50 per cent of each) to live in car-owning households. In nearly every age group, the rate of car ownership was lower than in 2012. The exception was among the over-60s, 29 per cent of whom own cars according to this year’s findings. This is an increase of no less than 6 percentage points since 2012, and is 7 and 9 percentage points higher than in 2010 and 2008 respectively.

The deterioration in the age distribution of cars caused by the drastic drop in new car buying after 2008 seems to have levelled out, and the 2014 figures even show a slight improvement. The average car in 2014 is somewhat more than 11 years old, but about three months younger than it was two years ago (11.3 as against 11.6 years). For the first time in many years, cars are not getting older on average, and more new cars are being sold. Even so, cars less than five years old still only make up 15 per cent of the total, as against 12 per cent in 2012. Today’s figure is still far short of what it was in 2008, before the crisis, when 30 per cent of cars were under 5 years old. This year’s survey found that 33 per cent of cars were 6–10 years old, 45 per cent 11–20, and 7 per cent over 20.

Among Budapest households, the average age of cars has gone down from somewhat more than 10 years in 2012 to 9.5 this year, and the trend is in the same direction in the rest of the country, from 11.6 to hardly more than 11 years. The survey also found that the higher your level of education, the younger your car is likely to be. People with no more than 8 years of primary education were driving cars of average age 13.7 years in 2012 and 14.6 years two years later, while the cars used by people with degrees were an unchanged 10 years old on average.

The Bosch Car Service network
The research also covered car servicing habits. These findings are mainly intended to improve the services and develop the network of the brand-independent Bosch Car Service. This operation, which now has 14,000 partner garages, traces its origins to the servicing workshop for auto-electrical products opened in Hamburg by the founder of the company, Robert Bosch, in 1921. Over time, the range extended to cover diesel fuelling systems and – in the 1980s – to diagnostics for petrol-injection and anti-lock-braking systems. The full-range Bosch Car Service concept was launched in the late 1990s, by which time Bosch had become the largest independent automotive component manufacturer in the world. The Bosch Car Service network has 87 members in Hungary.