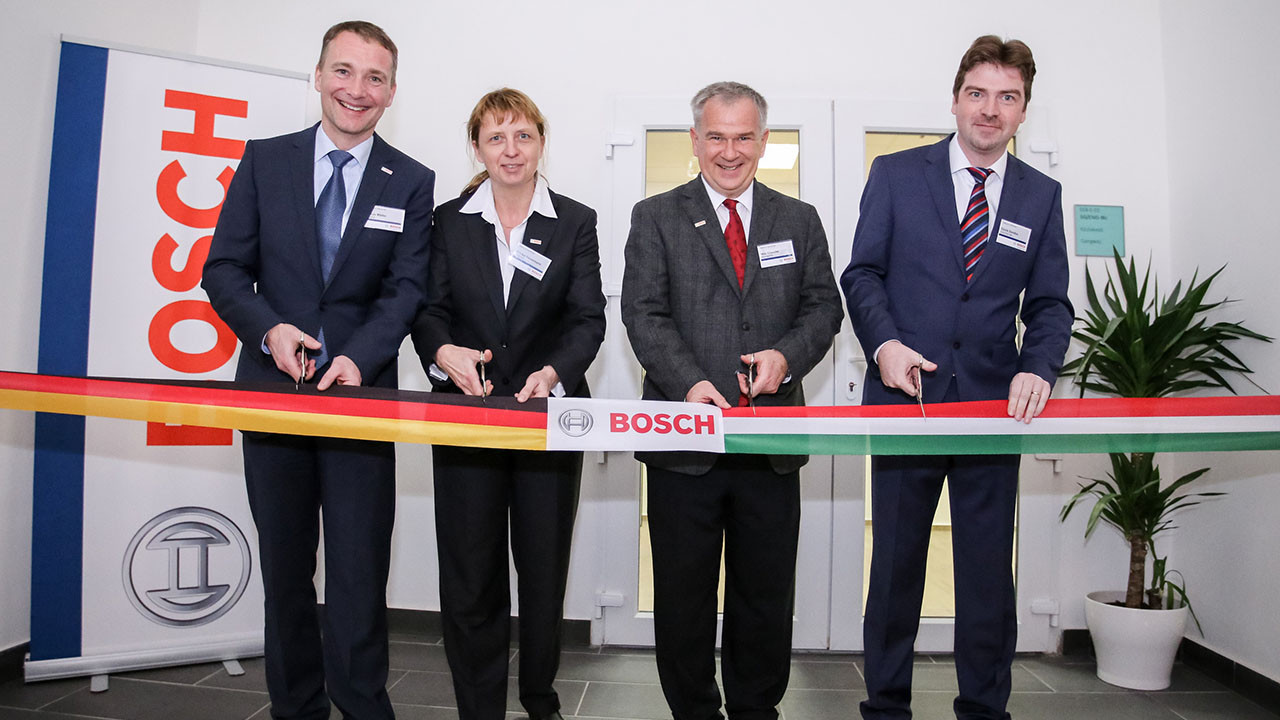 Miskolc – Bosch’s new Development Center for Starters and Alternators in Miskolc has now started operation. In line with the positive development of the company’s automotive plant, the supplier of technology and services plans to invest a total of two million euros by to 2017 into the new development center. The initial headcount of 40 engineers is set to more than double by 2016 with engineering activity to be increased continuously. 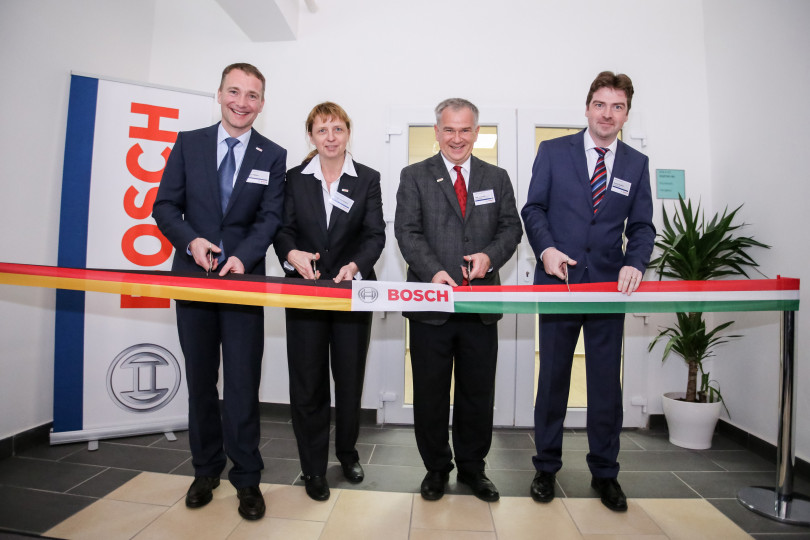 The main task of the centre is to design customer-specific solutions based on platforms and to give engineering support to local manufacturing. Using the advantage of being close to production, more and more Hungarian engineers will be assigned for leading customer projects followed by a training period in Germany. Part of the planned investments will also go into additions to its test laboratory equipment. This cutting-edge test equipment – some of them are unique even within Bosch – will perform functional and performance measurements and lifetime tests to ensure high quality for new products to be produced in Miskolc. In addition to its development services, the laboratory will carry out tests and measurements to maintain quality in the plant’s current products. A singular feature of the development centre will be the application of fault-analysis methods by specialised process engineers, identifying product failure phenomena and thus reducing the number of design or manufacturing faults. Dr Max Nitzsche, Plant Manager of Robert Bosch Energy and Body Systems Kft. said “This large-scale development is another demonstration of Hungary’s key importance as a strategic partner for Bosch. The increasing emphasis on engineering support for production will improve design for manufacturing and local manufacturing productivity, and is a tribute to the high professional standards of Hungarian engineers.”

Since it was established in summer 2003, Bosch’s automotive plant in Miskolc has become the number one supplier to many car manufacturers. Its products span a range from air-conditioning units to electric motors and window wiper systems. The first production hall was completed in 2004 and the second in 2011, and their output now includes starter motors, alternators, air blowers, window wiper systems and eBike drives.

The Bosch Group is a leading global supplier of technology and services. According to preliminary figures, its roughly 281,000 associates generated sales of 46,4 billion euros in 2013 (Note: due to a change in the legal rules governing consolidation, the 2013 figures can only be compared to a limited extent with the 2012 figures). Its operations are divided into four business sectors: Automotive Technology, Industrial Technology, Consumer Goods, and Energy and Building Technology. The Bosch Group comprises Robert Bosch GmbH and its more than 360 subsidiaries and regional companies in some 50 countries. If its sales and service partners are included, then Bosch is represented in roughly 150 countries. This worldwide development, manufacturing, and sales network is the foundation for further growth. In 2013, Bosch applied for some 5,000 patents worldwide. The Bosch Group’s products and services are designed to fascinate, and to improve the quality of life by providing solutions which are both innovative and beneficial. In this way, the company offers technology worldwide that is “Invented for life.”