Bosch on the podium again 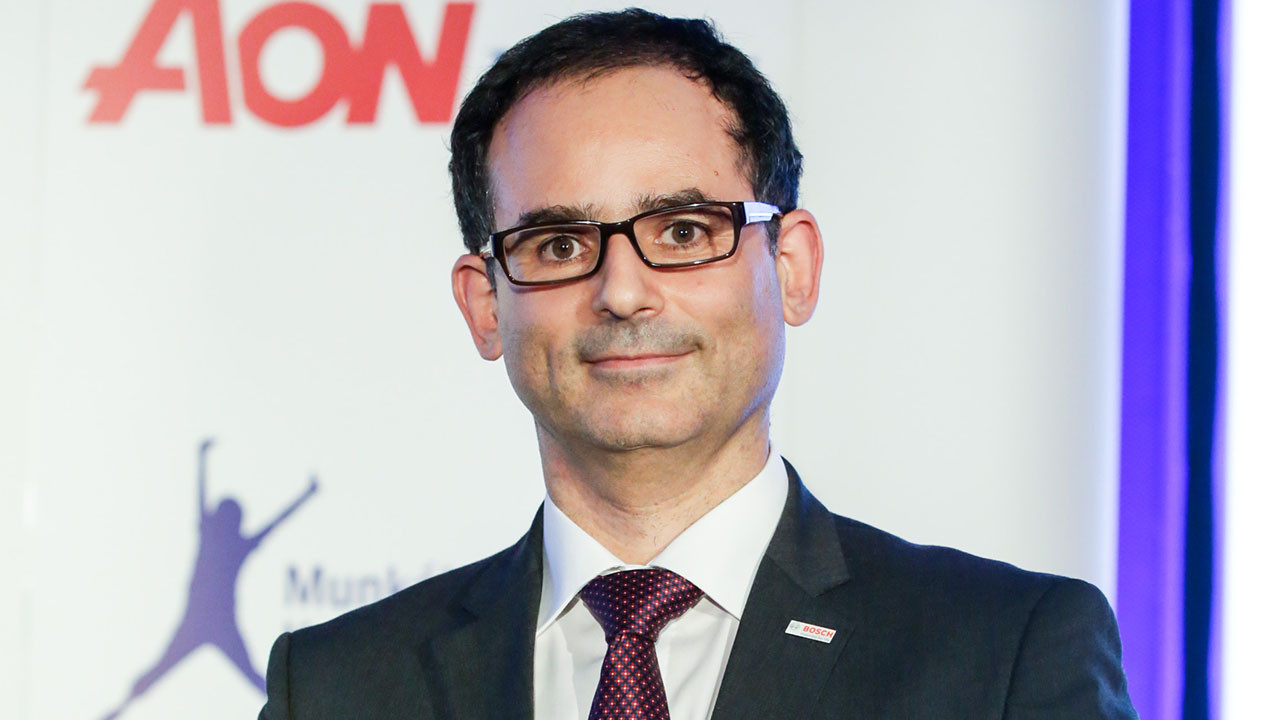 Budapest – The Bosch Group in Hungary has taken one of the coveted top three positions in this year’s Employer Brand Research. The results of this contest among Hungarian workplaces has just been published by the human resources company Aon Hewitt in conjunction with AIESEC Hungary. They questioned 7700 new graduates and experienced employees in search of Hungary’s most-desired employers. 243 companies in 13 industries took part in the research. Bosch has been among the ten most attractive Hungarian employers for five years now, but its position within the top ten has taken a jump this year. This remarkable progress has taken the company past big consumer brands over the last twelve months. Despite having a business model which focuses communication on corporate customers, Bosch has made the grade in research which is highly susceptible to consumer recognition of particular brands. What has earned the group its place on the podium is consistent strategic thinking, as manifested in constantly-expanding Hungarian operations and superlative support for research and development. Further contributing to its position are employee-friendly practices and a corporate culture by which Bosch fosters innovation and creativity, with attractive career opportunities for new graduates and for experienced workers. “The Bosch Group is continuing to place great emphasis on creating high-quality jobs in Hungary, focusing not only in “Made in Hungary” but also in “Invented in Hungary”,” said Javier González Pareja, Representative of the Bosch Group in Hungary, at the award ceremony. He added, “(…) the research findings are of course important feedback for us, and prove that with our constant innovations and committed support for engineering and technical education, research and development, we are on the right road. 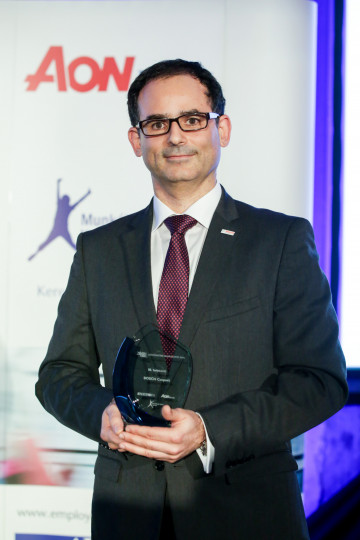 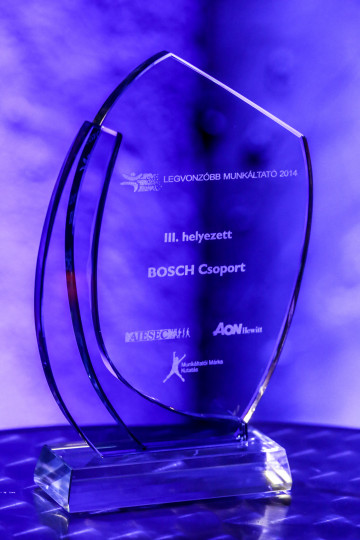 Javier González Pareja, Representative of the Bosch Group in Hungary

Bosch on the podium again

”Bosch can look forward to a further boost to its placing next year thanks to the company’s latest constructional challenge. This is another large-scale experimental project calling on the talents of engineers and future engineers. Five teams from five universities are designing and building hi-tech go-karts which, over three years ending in 2016, will evolve into autonomous vehicles. This year’s contest for the project go-karts will be held at Hungaroring on 10 May. “Bosch is currently offering several hundred vacancies for new graduates and experienced workers. Over the next two months or so we will be present at several jobs fairs and the Bosch Vision event at our own sites is aimed at reaching as many interested people as possible with information on careers with Bosch,” said Anikó Nagy, HR Director for the Bosch Group in Hungary. The Bosch Group has nine subsidiaries and employs nearly 9000 people in Hungary. In the last years it created hundreds of qualified new jobs and the growth is continuing in 2014. The Bosch Engineering Center Budapest will soon be welcoming its 1000th development engineer.

The Bosch Group is a leading global supplier of technology and services. According to preliminary figures, its roughly 281,000 associates generated sales of 46,4 billion euros in 2013 (Note: due to a change in the legal rules governing consolidation, the 2013 figures can only be compared to a limited extent with the 2012 figures). Its operations are divided into four business sectors: Automotive Technology, Industrial Technology, Consumer Goods, and Energy and Building Technology. The Bosch Group comprises Robert Bosch GmbH and its more than 360 subsidiaries and regional companies in some 50 countries. If its sales and service partners are included, then Bosch is represented in roughly 150 countries. This worldwide development, manufacturing, and sales network is the foundation for further growth. In 2013, Bosch applied for some 5,000 patents worldwide. The Bosch Group’s products and services are designed to fascinate, and to improve the quality of life by providing solutions which are both innovative and beneficial. In this way, the company offers technology worldwide that is “Invented for life.” Additional information can be accessed at www.bosch.hu

Annual financial results 2020 2020 financial statements: business year better than expected Bosch chosen as one of the most attractive employers again this year Electrical engineering studies in Kaposvár from September 2020